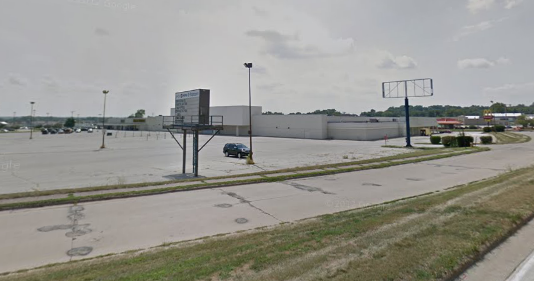 You’ve probably been to this theater at some point in your life in some other city and some other state. Located in a decade’s old dying or dead strip center – here next to a Venture Store that has been empty for more than 15 years – is a theater that locals contend closed many years ago. But, somehow, you find that it’s still open and showing films. This version of that story is the Nova 6 which was still showing 35mm prints of second-run films at a way cheap admission price in surroundings that one might find depressing. A sheer delight to others.