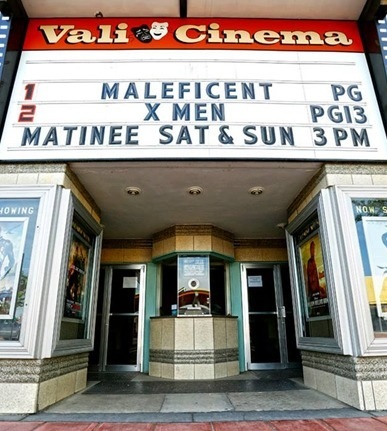 Built in 1919 as a vaudeville theater called the Lyric Theatre. It quickly changed to silent films and by 1926 was listed with 300 seats. Eventually going over to “talkies” the seating capacity was increased to 400. Around 1936 it was renamed Teton Theatre. This theater received its first major remodeling in 1948. The Teton Theatre was still operating in 1957. Later renamed Vali Cinema, it was purchased in 1979 by Alan Mercer. In the mid-1990’s, the Vali Cinema was remodeled again. This time a second screen was added. Today, the Vali Twin Cinema is open and shows first run movies.