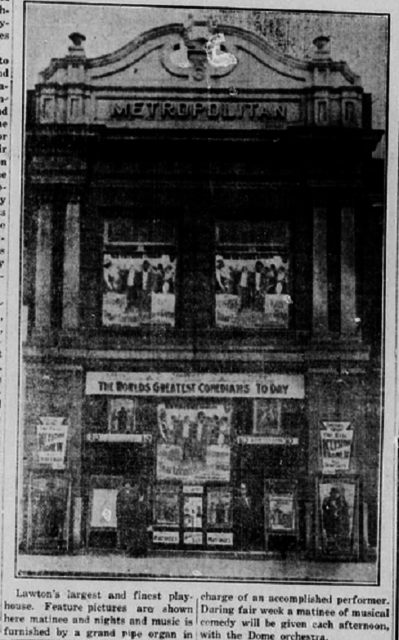 The Metropolitan Theatre was opened by 1914. It had been renamed Palace Theatre by 1926. It was destroyed by a fire in 1956.

Here is what the neighborhood looks like these days, Palace is long gone.
View link