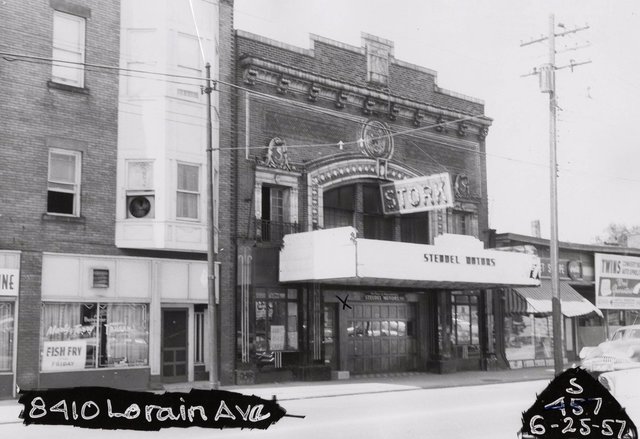 This Cleveland west side theater was opened by 1926. It was closed in the late-1940’s or maybe 1950. After that the lobby was used as a auto repair shop, but the theater marquee and vertical were still in place.

I believe the auto shop is still there today, although the building today looks like nothing closely resembling a theatre.

I drove by that address…apparently the original theatre building was demolished and replaced by a garage-when this was done I don’t know offhand. I know that an auto repair shop and a used car lot are at West 85th and Lorain Ave. now.

My husband told me about The Stork. I created this “Memory Cache” to pass on to our grandchildren.