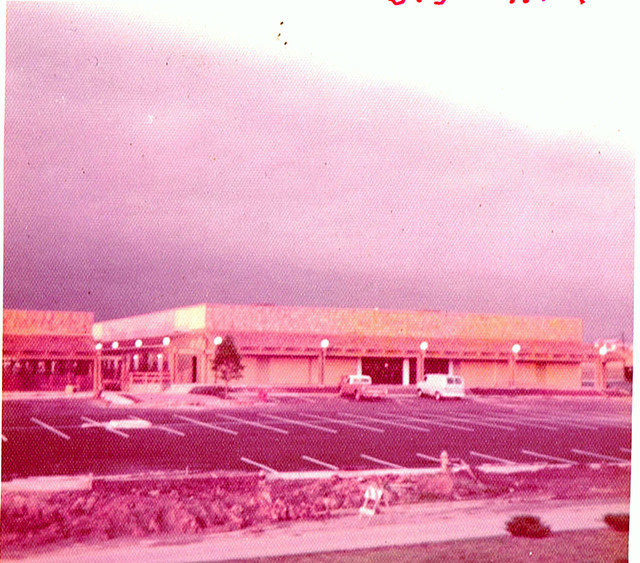 The Fontana 4 was opened in June 1973 with “Jesus Christ, Superstar”. It was later expanded to 6-screens and closed in 2005

The Fontana was originally a 4-screen theater which added two extra screens in the 90’s to keep up with the competition. I believe the theater may have originally been a Mann Theater, then switched to United Artists. Hollywood Theaters bought it up a few years ago when it was already a second-run house.

And yes, the theater did close this past December.

I was one of the original projectionists at the Fontana and also did the installation of projection and sound along with a R.C.A. engineer and one other projectionist. The theatre was built by Mr. Robert Lippert Sr. who owned Transcontinental Theatres out of San Francisco. The theatre opened in June 1973 with “Jesus Christ Superstar” on screens 1 and 4 along with “Mary Poppins” on screens 2 and 3. Original projection and sound equipment consisted of Simplex 35 projectors and sound heads, Christie 1KW Xenon lamphouses and Christie Autowind 1 platter systems on Cinemas 1 and 4. Screens 2 and 3 each had two Cinemeccanica V8R 35mm projectors capable of running 10,000 foot reels. Changeovers were accomplished automatically with Xetron Maxi 7 automations. All sound systems were mono with Simplex solid state amplifiers and a single Altec A5X speaker located behind the screen. In 1976 Rowley United Division of United Artists took over operation of the Fontana from Transcontinental Theatres. In 1978 Cinema #4 was equipped with the first Dolby CP50 optical stereo sound processor in Tulsa for the opening of a movie entitled “The Magic Of Lassie”. Two additional Altex A5X speakers were installed behind the screen and surround speakers were also added. Additional Altec Model 1594 power amplifiers were also installed. In the early 1980’s the projection room was converted over to all Simplex 35 projectors and Simplex SH1000 sound heads. O.R.C. platters and sound systems were installed on all screens except #4. Two additional screens were added on the West end of the building and the speakers behind the screens were JBL Model 4670D. By this time I was employed by United Artists engineering department and did the projection and sound upgrades along with installation of screens 5 and 6.
Respectfully Submitted,
Ben Kehe
Motion Picture Projection Services, Inc.
Tulsa, Oklahoma
918 906 3715

I worked as an Assistant Manager/Projectionist from about 10/1991 to 6/1995 at the Fontana. Gary Strickland was the Manager. Good memories.

Nice to see you’re still in the business, Ben.

seymourcox your link doesnt work or theres no THEATRES LIKE YOU SAID THERE IS!

ajtarantex, he linked to my site. I decided to remove the cinemas section and put my photos and information on this site instead now that the photo feature is enabled.

Became a UA bargain house in September 1985. Purchased by Hollywood Theatres in the mid-nineties who alternated the price between $1-$2 admission. Shut down for good on Monday, December 26, 2005. Showing at expiration: the race horse drama DREAMER; ZATHURA; GET RICH OR DIE TRYIN'; JARHEAD; Meryl Streep in PRIME; NORTH COUNTRY (Tulsa World).