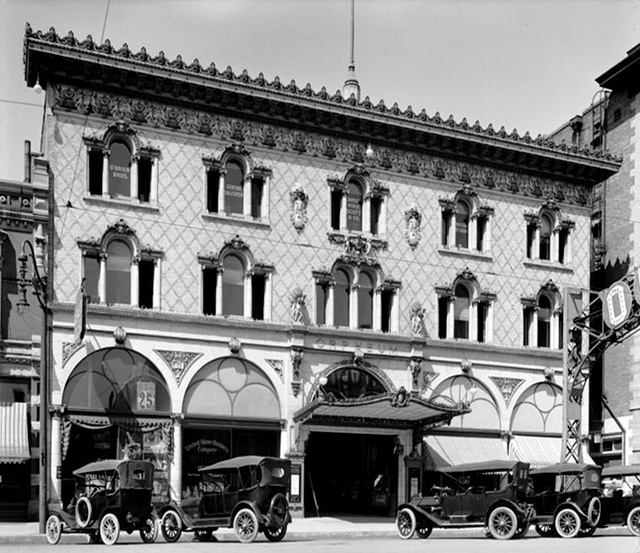 Located in the heart of downtown Salt Lake City, the Capitol Theatre opened on August 2, 1913.

Designed by Albert G. Lansburgh, who had graduated from the Ecole des Beaux Arts in Paris, the Capitol Theatre was orginally built as part of the Orpheum Theatre chain.

It utilized the most modern mechanical contrivances of its time, bringing advancements in safety and comfort through such features as fireproof and earthquake-resistant construction and air conditioning.

The building was remodeled in 1927 to the plans of architectural firm Woolley & Evans, reopening on September 29, 1927 as a motion picture theatre and operated successfully for decades. The re-opening movie was Bebe Daniels in “"Swim Girl, Swim”. There was a Fanchon & Marco stage show “Screens Idea” and Alexander Schreiner opened the Wurlitzer organ, plus Alberti & His Band. By the early-1940’s it was operated by Paramount Pictures Inc. through their subsidiary Tracy Barham. In 1976, the theatre was purchased by Salt Lake County and restored closely to its original form.

I don’t think tickets.com is the official website. The one I posted has been changed:
http://tinyurl.com/5qxqeh

Here is what is probably the most official website – – The Capitol is park of the Salt Lake County Center for the Arts:

Here’s an updated link to the one posted by spectrum on May26, 2009:
http://www.slccfa.org/venue_capitol.asp

It was also featured on “Paranormal Witness” on Syfy, though I don’t think the actual theater was used for the episode.

No, it’s gone. Google Streetview of June 2017 shows it has been removed.

Opened as Orpheum per article: 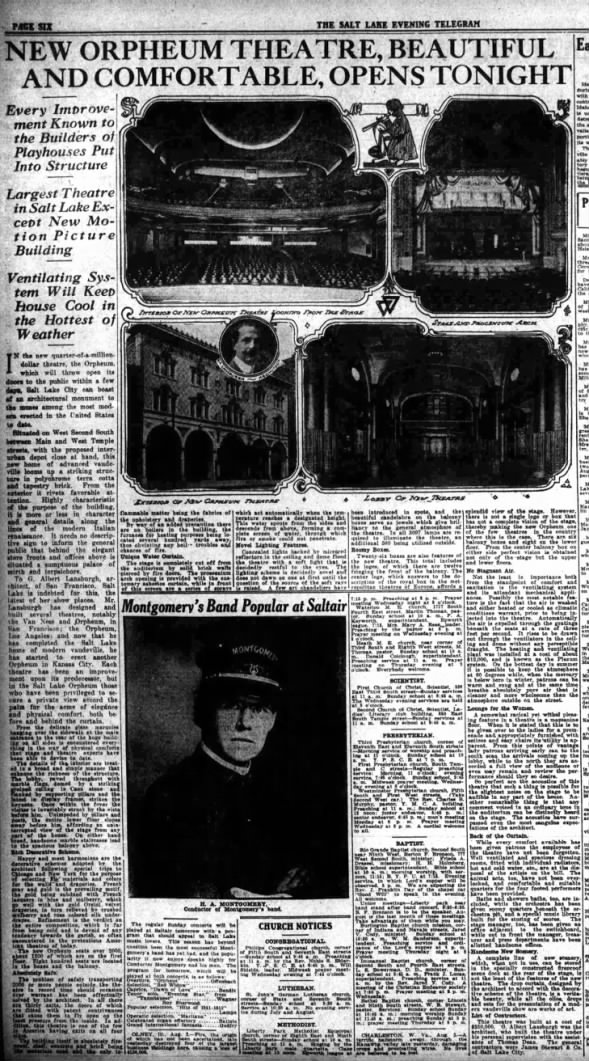 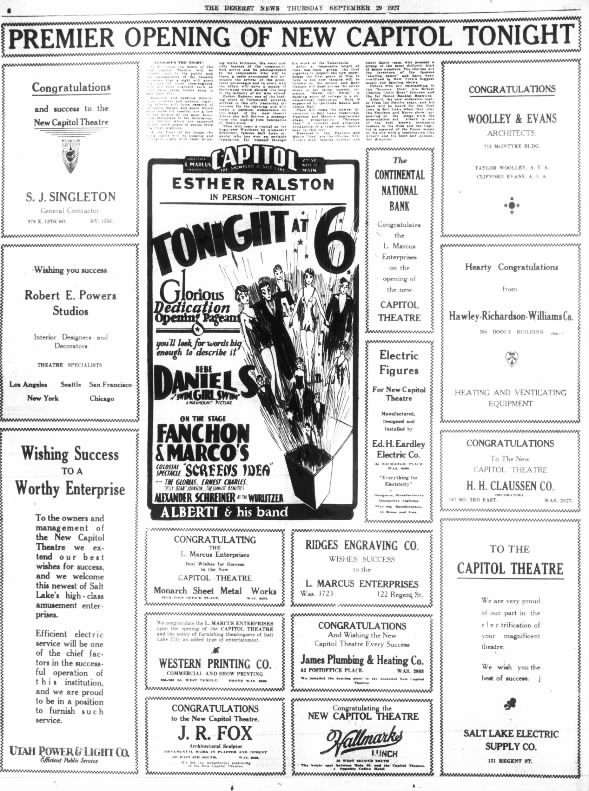