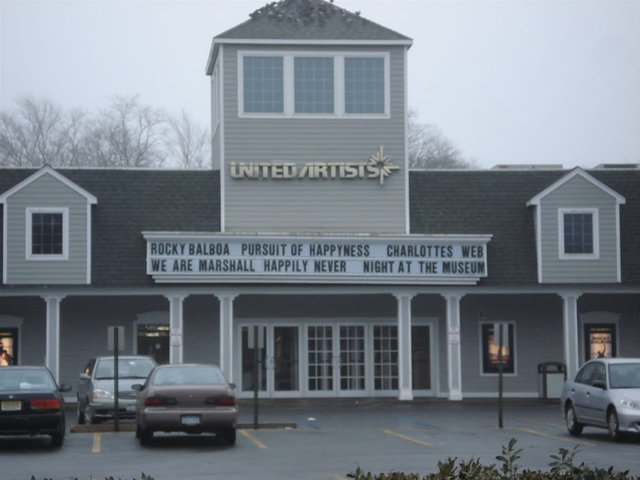 This theater is located on Main Street in Hampton Bays. It’s the typical shopping center type of theater. The building was originally a supermarket and was converted and opened as a movie theatre on December 19, 1997.

this theater was created new . I son’t know if there were any theatres in Hamton Bays past.

its a ua house

There are no other movie theaters in Hampton Bays.

Although I’ve gone to this theater every summer since it opened, it is because of this theater that United Artists decided to close the single-screen Westhampton Beach theater in 1996 when it was under their ownership. That was my favorite movie theater. It was closed, renovated and re-opened as a performing arts theatre.

There was previously an old theatre called the Bay. Newsday showed a picture of it within the past few years. I don’t remember if they gave a location. I’ll have to try and get info. Had I had a computer then I would have been all over it and posted it.

I am not sure if that is the same theater. It should be added if it isn’t.

This is a reverse situation. Site used to be a supermarket. Then became a theatre (much like the theater in Mastic).

Did reopen after Covid. During Covid there had been discussion about the theatre becoming a CVS. Heard nothing lately. When CVS was going to acquire the Lindenhurst Theatre site it took a couple of years. Will history repeat itself?