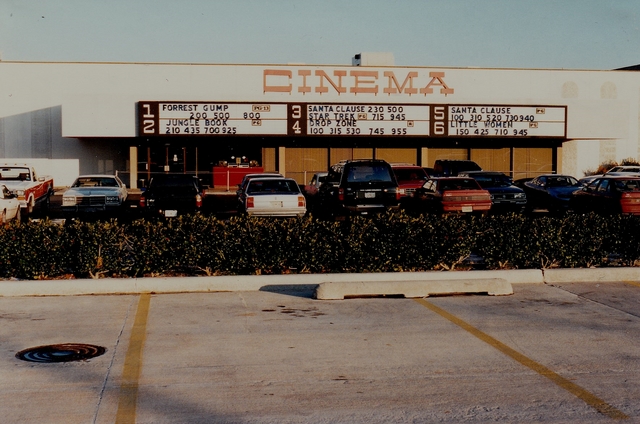 This theater operated from 1979 to 2001 under General Cinemas and Wallace Theaters.

I worked here while I was in college around 1986/88. I was a projectionist, but not in the union. I remember once we had a problem with a projector breaking the film (Moving w/ Richard Pryor). I replaced a sprocket/gear and it worked with a minimal stoppage. It stopped us from having to give refunds. Later that week, while arriving for my shift, one of the other projectionists, who was president of the local union, told me never to do that again. He said it would negatively affect their leverage at the negotiation table if a non-union college student was able to do so many jobs, as they were very specialized. I remember another projectionist there receiving a movie in the cans and I asked her if I could splice it together, with trailers, and put it on the platter. She said that she wasn’t allowed to do that. She was only allowed by the union to start/stop movies. Someone else (not me) would put it together. I don’t remember much about my time there, since it was only a part time job while going to college. This was one of my last theater jobs.

When I lived in Tulsa, we frequented this theater countless times. Notable movies that stand out were “Mystery Science Theater 3000”. I saw the shows on television but had no idea there was a movie. I insisted my parents take me. My mother and I saw it, laughed hysterically, and then later that same day, saw it again with my grandmother.

Coincidentally, the accompanying theater image shows “Star Trek”, which happened to be the film, “Star Trek Generations”. I was a big fan of the ST: TNG television show, often using them as a catalyst to fall asleep dreaming of wondrous things, so I insisted we see the movie. My parents and I saw it one afternoon and thought it was so good, we got my grandmother and brought her back the same day to see it with us again. So, I find it amusing that particular film is on the “now showing”.

I’m not sure if anyone remembers but around this time, HBO promoted their new series “Perversions of Science”, which didn’t last long. However, this theater had many of the show’s promotional items for grabs in the lobby, which I picked up and still retain. Many of them were similar to postcards, featuring different shows of the series. They also had “Josta” soda cards, as well.