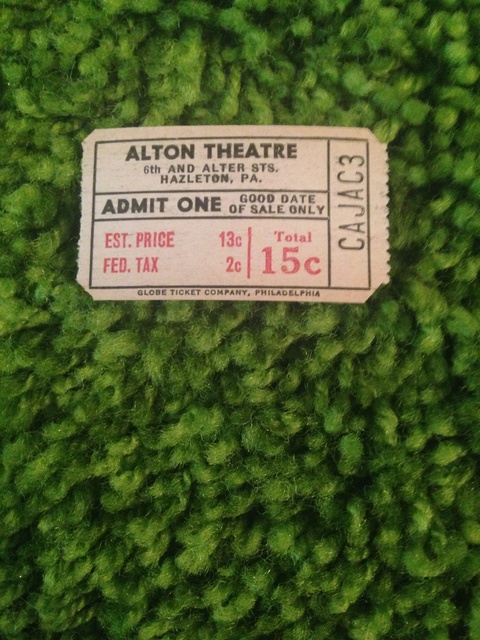 The Alton Theatre opened on April 18, 1938 with Robert Armstrong in “The Girl Said No”. This neighborhood theatre had 500 seats on one floor and was known for showing double-features and many westerns. This theatre had a short life since the auditorium was converted to a bowling alley in 1959 and later was used as a dress factory. The entire block including the theatre building was destroyed by fire in June 1967. The block remains vacant today.

The Alton Theater had a twin (which still exists though renovated).The Alton and the Hersker (in West Hazleton,PA) were virtually identical.They were built owned by the Hersker brothers.The theater in West Hazleton was known as the Hersker,later the Key and,now,the Cinema and Draft House.It is a dinner theater (dinner and movies that is) and is a beautiful theater.The Alton,as mentioned earlier,had long since stopped being used as a theater when it burned in a fire that destroyed an entire city block.I covered that fire for a local television station (and got a mild case of frost bite while filming the blaze!) My father was a projectionist in Hazleton (at the Grand,Capitol,and Church Hill Mall Cinema over the years) I am surprised at the number of Pennsylvania Theaters that are NOT listed here.I’ll try to update the list,at least by town,since I don’t know many of the theater names “from the old days!)

Thanks David for the brief History.

This opened on April 18th, 1938. Grand opening ad in the photo section.