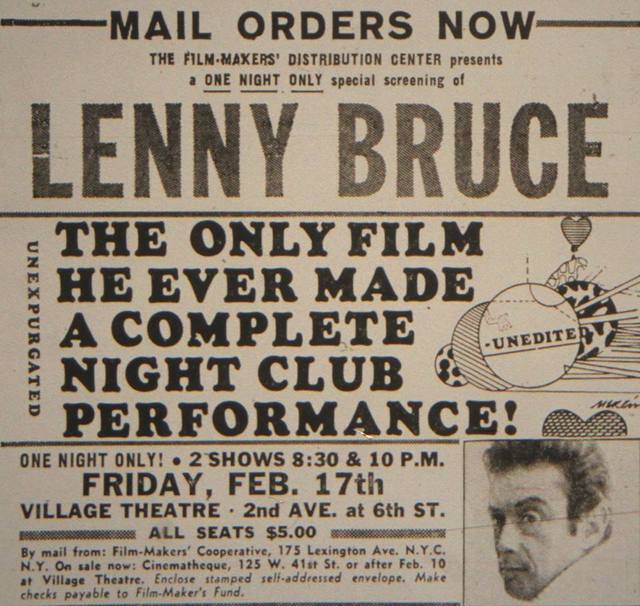 This was a small cinema within the Wurlitzer Building that opened around 1966-67 and specialized in “experimental” films. Some of the first Andy Warhol features were shown there, as well as Shirley Clarke’s “Portrait of Jason”. The entrance was originally at 125 W. 41st Street, but moved to 120 W. 42nd Street where it was easier to find. I don’t think it survived for too many years.

Ed, according to my diary and film log, I definitely saw Winter Kept Us Warm there on April 16, 1968.

The Cinema Playhouse repeated films for some reason. Hence, WINTER KEPT US WARM played for two weeks in February, then came back for four weeks in April. The Warhol films had similar patchwork runs.

PORTRAIT OF JASON ran for over seven weeks, skipped a week, then came back for two more in 1967.

Ed, they seem to have moved to the Elgin full time by 1969 and the Anthology Film Archives on Wooster Street by 1970. The last sign of operating at the New Cinema Playhouse was in July 1968.

It appears that in 1970 they were also booking the Elgin, Garrick and Orpheum (Lower East Side) as well as they ran block ads for all three.

Thanks Al. I’ve seen an article in the Times from 1970 that reports the same story of folks being able to pay to witness the filming of a live sex act in a 2nd floor space at 120 W. 42nd – as well as a couple of other places around town. Admission was going anywhere from $5 to $25 for this privelege. Anyway, if it was in fact the 2nd floor of the building, it was definitely not the New Cinema Playhouse space, which was in the basement. I’ll bet that when – and if – the landlords of the already condemned Wurlitzer Bldg started using the auditorium for porn, they probably just advertised on the marquee without bothering to place notices in the newspapers. Then again, with the kind of ire that tactic to chase tenants away might have drawn and with police raids still being conducted against such indecency, would the landlords have gone to such drastic measures to clear the building for demolition? The story may be apocryphal.

In any event, I thought the image fit the discussion here (even if it’s a year late) as it shows the highly visible advertisement hung from the old Wurlitzer Bldg inviting the public to watch the filming of a pornographic peep-show within! Seems like a completely different world out there today, eh? Particularly in this part of NYC!

Once the Filmmakers' Cinematheque had to vacate these premises they apparently went into ‘exile’ at other venues.

Just added a 1967 Lenny Bruce film print ad courtesy of Bob Greenhouse. Film-Makers' Cooperative is listed. I couldn’t find the Cinematheque or Village Theatre mentioned, to add it to their pages. If anyone knows the names those theatres are listed under on CT, post here and I will add it to them.

David, if you read the heading for this theater you will see that it was, at one time, Cinematheque and the address was 125 as in the ad.