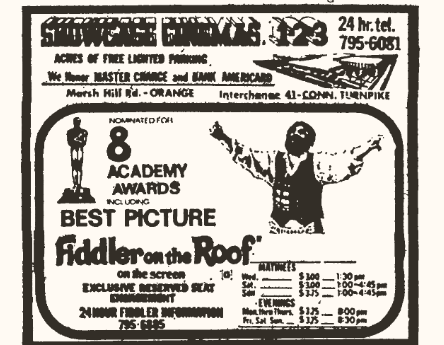 CinemarkFan: If this kind of awful debt has gotten to National Amusements, and AMC, and then to Regal, what will happen to the independent movie palaces that’re left here in the United States, as a whole?

I saw the story this afternoon on channel 8.

It wasn’t the theater operation that led them into debt, it was financing Redstone’s takeover of Viacom, the theater operation was used as collateral and Redstone doesn’t want to sell control of the Viacom, therefore he sold off Midway and other holdings, the theater chain is the last thing to go. Regal stuck its core – they operate cinemas, they never got involved in the content production as far as I know. They got into trouble because they kept buying chains and some had terrible locations in development during the boom that opened as Regals (see Bergen Plaza in North Bergen, NJ). AMC is owned privately by a holding company that is comprised of investment banks, although they have some publicly held debt. Cinemark, Carmike and Regal are publicly traded.

If Redstone can sell the theatre complexes at a good price he might be able to retire the debt. I hear they plan on keeping 17 sites in the Northeast, no word on what theaters they’ll be. NA has a lot of real estate including property that their abandoned drive ins still stand on, some of which they have flee markets at on weekends. I think it might be nearly impossible for us, the public, to get a read on all of N/A’s assets as they are privately held, but I wonder if a sale/lease back type of agreement might allow them to continue to operate certain sites.

They started to demolish this theater: View link to read the article. So sad, was the only NA theater in CT that I did not visit, and wanted to but never got around to it.

Me too .Its like saying goodby to an old freind

United Illuminated is building their new headquarters on this property.

All the photos listed here are from the Showcase Orange 1-2-3 that was located across the highway from the 8-plex. Shouldn’t these be separate from each other?

Here’s a new 4-page 50th anniversary FIDDLER ON THE ROOF retrospective featuring a roadshow playdate chronology and historian Q&A. The Showcase Cinemas’ run is mentioned in the piece.