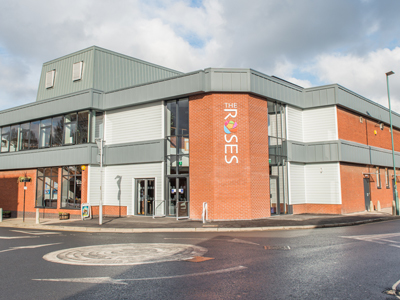 The Roses Theatre opened in October 1975 by Her Royal Highness the Princess Anne.

Since it opened, the theatre/cinema has been controlled by the council, former Crossroads soap star Stan Stenett, an independant theatre company and now under the control of The Roses Theatre Trust.

This is the theatre where legendary British comedian Eric Morecambe suffered a fatal heart attack in one of the dressing rooms and sadly died shortly aftewards.

The theatre seats 375 people and has a whole row which can be dedicated to wheelchair patrons.