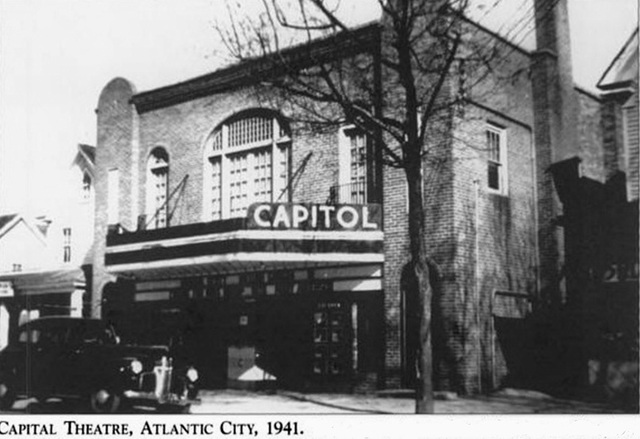 I worked there in thr mid-seveties for Al Baker. The manager was an AC cop, I think his name was Mike Freil. I ran a lot of 16mm XXX films there. The 35mm equipment was Super simplex projectors & very early model of the Peerless Magnarc carbon lamps. I ran a 35mm film there called “Snuff” It was shot in Mexico and suposedly showed a guy really killing people by cutting them up while they were tied dowm! It was sick! To get to the booth, I remember going out a back door at the back of the autitorium, and up some real skinny metal steps. The Center & the Astor were kind of like that too.

Is this building still standing?

Was this theater ON Maryland, rather than on Atlantic? Can you help me pinpoint which corner it was on?

Nearer the ocean or farther from the ocean? Nearer Captain Starn’s or nearer the convention center?

Here is another photo:
http://tinyurl.com/yc89cgh