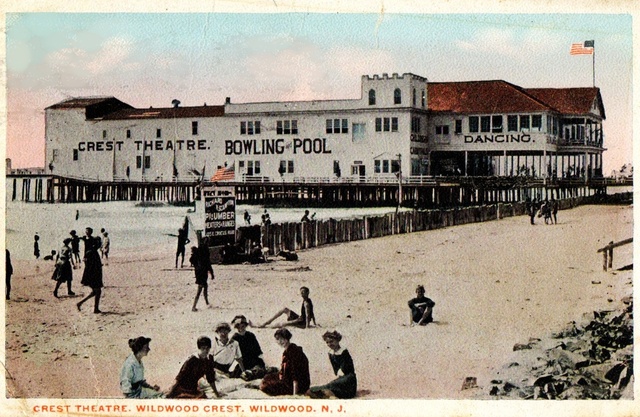 The original Crest Pier was destroyed by a fire in 1919. The new Crest Pier opened in May 1921. Bill Hunt built a theatre there, complete with fire proof projection room.

PAB lists the Crest Pier at Seaview Avenue and [E.] Heather Road in Wildwood Crest, Cape May County, NJ. Crest Pier extended into the Atlantic Ocean. Seaview Avenue is three blocks away from the beach, in the opposite direction. And although PAB agrees that it was built in 1905, it says it burned in 1917, not 1919.

There is no trace of the original Crest Pier today, but a Wildwood CREST PIER Recreation Center exists at 5800 Ocean Avenue and E. Heather Road. It appears that the theater was demolished long ago. More information is needed!