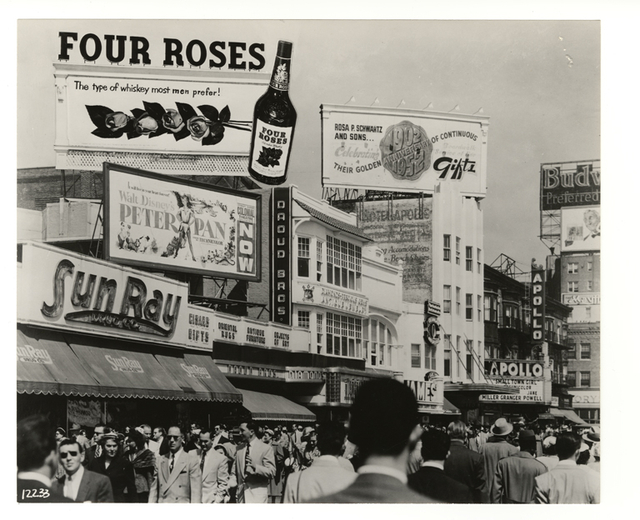 This theatre began as a legitimate theatre. Helen Hayes performed in “Clarence” and “The Golden Age” in Nixon’s Apollo Theatre in 1919. The theatre was also used as a dance hall in the 1920’s. The front door was located on South New York Avenue but the side was along the world-famous Boardwalk.

It eventually was converted to a movie theatre and is listed in the 1951 Film Daily Yearbook as the Apollo Theatre. It closed in August 1968 with Marlon Brando in “Last Tango in Paris”. It converted into the Apollo Burlesque Theatre and was demolished in the 1970’s.

This is from Boxoffice magazine in June 1958:

The opening at the Apollo Theatre was for the benefit of the United Cerebral Palsy Fund. There was a motorcade parade, testimonial lunches and dinners and an address by Zugsmith at Atlantic City High School.

it is mentioned here that “Birth of a Nation” kicked off the summer season at the Nixon in July 1915. Obviously Memorial Day was not the start of summer as that holiday hadn’t been invented yet.
http://tinyurl.com/y9o2dva

Here is a larger version of the postcard linked in January 2008:
http://tinyurl.com/273z6az

Here is another vintage photo:
http://tinyurl.com/2c4r4lq

The Apollo can be seen at the bottom of this postcard:
http://tinyurl.com/24lqfza

Many thanks residents for the above URLs and informative posts. I’d like to share with site visitors a web page regarding one European (actually German) vaudeville act called the Six Rockets that passed through Atlantic City on a couple of occasions. The page here: View link links up many vintage photos from the Act’s two visits there, although sadly none are from inside any theatre itself and rather reveals what an act was up to when not on the stage.

However, I would like to take this opportunity to enquire whether CT readers may know whether some theatres more than others among Atlantic Cityâ€™s vaudeville houses may have hosted German or European acts (if thatâ€™s a possibility at all). A number of the cityâ€™s residents claimed German ancestry, so would some houses like the Apollo perhaps have catered rather more for the German speaking community? From the German Programm that the girls can be seen reading here: View link it would appear so.

Any suggestions or thoughts are more than welcome. Thank you very much in advance and I trust this post is useful to visitors.

This theater was the site of Moss Hart and George S. Kaufman’s disastrous 1930 first out-of-town tryout for their eventual smash hit comedy Once in a Lifetime, their first collaboration.

Howard B I wonder if we knew each other as we grew up the same tim ein Atlantic City. I saw some of the same movies you mention in a 2005 posting.

DavidZornig’s Easter photo made me think of Clifton Webb.

When I first was in Atlantic City Odd Couple was at the Apollo while it was playing at Radio City in NY. When I went again in ‘71 Shaft was playing. AC had already changed enormously in those few years. It was if at the end of the 60s the middle class suddenly stopped going there.

vindanpar We spent summers in AC from 67-78. They played the Dirty Dozen all summer of 67. Memorial day weekend 68 they had Guess Whose Coming To Dinner and a few weeks later opened The Odd Couple which played all summer. They also installed a new screen between 67 and 68 summers. The 1.85 ratio for Guess Whose Coming To Dinner was much more of a square block than The Dirty Dozen was. Scope for The Odd Couple was great. The next few years the theater went down hill big time. They closed in mid August with Last Tango In Paris which was roadshow. Frank Theater chain choose not to renew the lease. The following year Charlie Tannenbaum purchased and renamed it the Apollo Burlesque after he closed the Capitol.LTIP moved to the Margate non roadshow