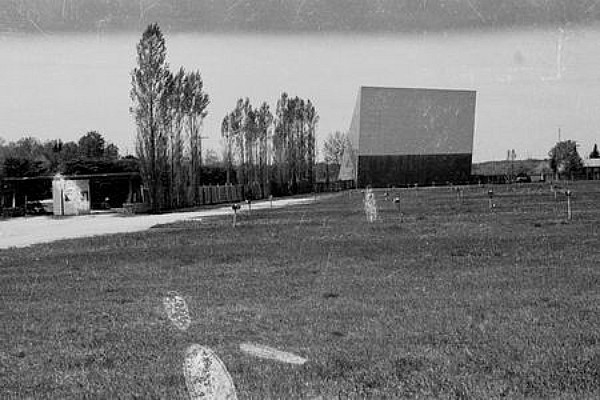 Above address is WAY, WAY OFF!!!

The Thunder Bay Drive-In launched on June 28, 1955 using the 100-foot screen for owners Wesley Benac and H.E. Totten. On July 5, 1981, Alice Cooper rocked the Thunder Bay in the ozoner’s most memorable moment. A victim of home video and cable television in the late 1980s, it closed and was demolished in 1993.