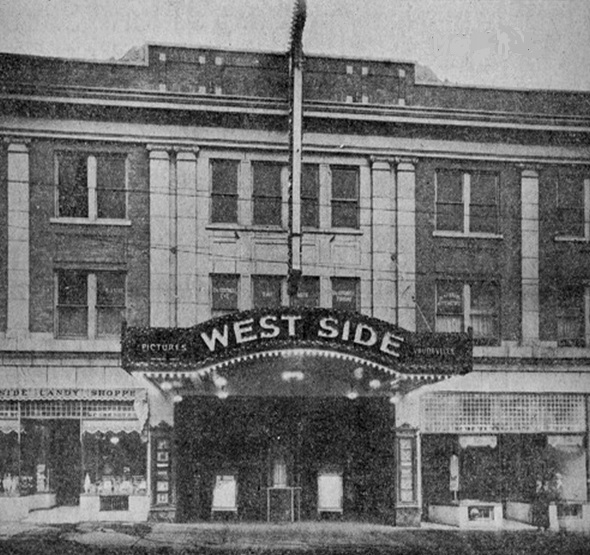 The West Side Theater was located at 214 N. Main Avenue in Scranton, PA. This was a very large neighborhood theater serving the city west side, which was opened by Comerford Theaters Inc. on November 1, 1926. By 1941 it was operated by Paramount Pictures Inc. through their subsidiary Frank Walker. By 1950 it was again operated by Comerford Theaters Inc.

It operated until the mid-1980’s when a fire damaged part of the theater. The auditorium was demolished but the three-story front offices and apartments still exist today.

The West Side became a big-ticket, reserved-seat venue in the early 60’s with Windjammer (1958), the only film made in Cinemiracle, a 3 projector system like Cinerama (but all 3 projectors were in the same booth). It was a travelogue about a 17,500 mile voyage of the Christian Radich, a Norweigan training ship, which opened in 1.33:1 aspect ratio and a few minutes in expanded to 2.59:1 on a huge screen. Wow! Seven channel stereo. Wow! It was great. If my memory is right, it played for close to a year, amazing for a town the size of Scranton. Later, the West Side showed Cinerama films in both 3 projector and, I believe, 70mm Cinerama. Cinerama bought Cinemiracle and showed Windjammer in Cinerama theaters, then later converted it to Cinemascope for wide release. The West Side was the largest theater in Scranton so it was a great place to see the “big” movies.

The November 1, 1926, issue of The Scranton Republican said that Comerford’s new West Side Theatre had been designed by Leon H. Lempert & Son.

I ate at a restaurant today just down the block from this theater’s location, so I went around back to see if anything was left of the auditorium, but it is completely gone, except for a sloping grassy field, certainly the same slope as the original floor. 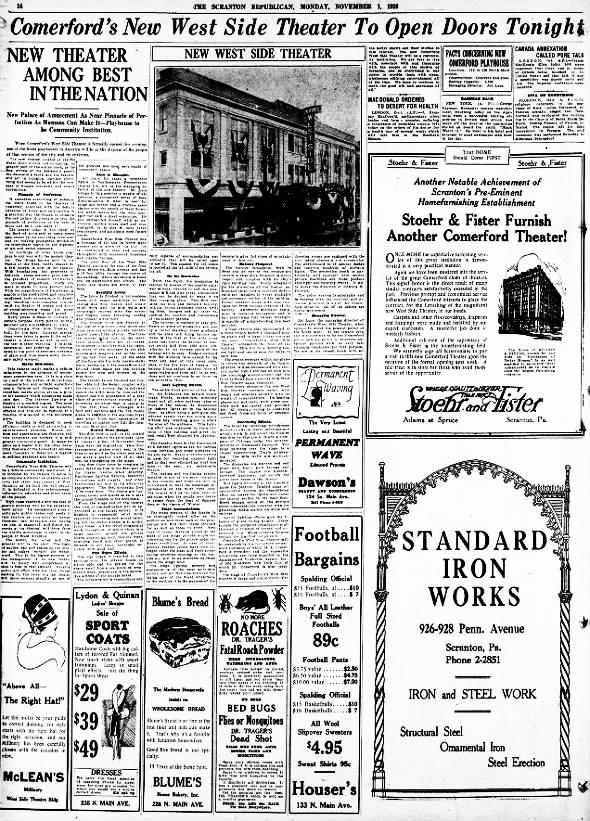