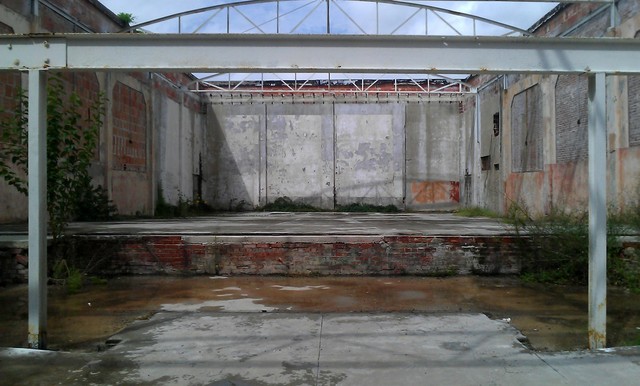 brucesw;The address of the Globe Theatre is given as 6901 Lyons Street (650 seats)

The De Luxe Theater is designed in the Streamline Moderne style, a popular American architectural style from 1920-1949. Characteristics of the style include its concrete surface, rounded corners, semicircular byas, metal windows and other details suggesting motion. These two American architecutral styles broke from teh revival styles popular around teh trun of the century and captured the spirit of the modern age and the future.

The DeLuxe Theater is now a 15,000sqft. shell representing a historical landmark and an arts cornerstone in the historic 5th Ward community of Houston.

Plans are underway to restore and transform the DeLuxe Theater into a center for culture and the arts to serve the 5th Ward community. The 5th Ward, as well as surrounding neighborhoods can re-connect with the community’s proud history and culture through a wide range of arts, civic and private events and celebrations at the Center.

Developing the historic DeLuxe Theater into a center for culture and the arts could allow for use by professional artists and arts organizations, as well as neighborhood-based groups. Although the center would have a performing arts focus, the Center could also feature a high profile gallery space for the exhibition of the works of professional artists with an emphasis on artists who live in the Fifth Ward. As well as serving as a fully functional branch of the Houston Public Library.

The building has been purchased by the City of Houston and restoration is being planned in a collaborative effort between The City of Houston, The Houston Public Library, The University of Houston, and the Fifth Ward Community Redevelopment Center. Plans to begin construction are slated for Fall 2008, with a hopeful opening sometime in 2009.

More information to come as I have it.

It looks like there is some movement to save the facade of the theater, although this was a year ago, and nothing seems to have been done yet. http://swamplot.com/the-deluxe-theaters-next-act-fifth-ward-zydeco-library/2010-04-29/

The De Luxe was built by my father and my uncle just before WW 2 began. Robert and Mitchell Lewis. It opened in 1941. Soon after opening my dad was drafted. My Uncle Mitchell managed the theater and my mom, Anne (Schultz) Lewis , ran the concession stand till the war was over. The 5th ward had a varied community of peoples. My mom lived on Schwartz and later on Gentry streets… later moving to Riverside ( 3rd ward). The Lewis', too, moved to Riverside. The Lewis family ran and owned The Park, The Jensen, The De Luxe and Pastime Theater (& one other theater that I cant recall)

The DeLuxe Theater has been under renovation since 2012 and is being restored into a state-of-the-art 125 proscenium theater, with adjoining multipurpose space. The facility is owned by The City of Houston and will be jointly operated by The Fifth Ward Community Redevelopment Corporation and Texas Southern University. For more information on the restoration, you can visit the official website: www.thedeluxetheater.com, which should be up by the end of this month. You can also find us on FaceBook at www.facebook.com/deluxetheater. I’ll try to post some updated pictures when I can. :–)

@train2cri Our class is doing a project on the Deluxe Theatre since it is opening. Would we be able to contact you? My teacher’s email is .