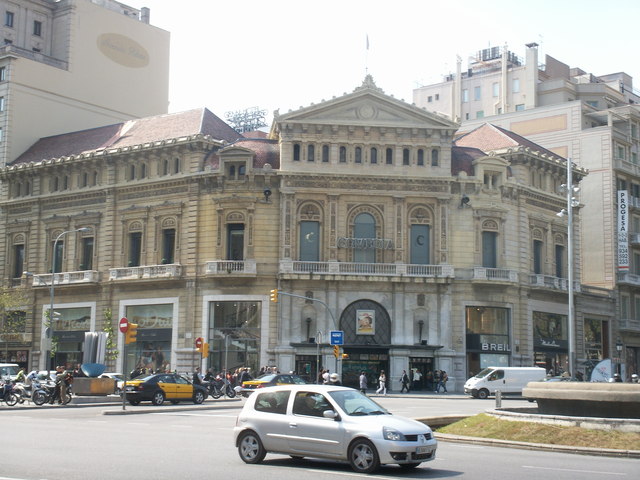 Originally built in 1887 as a grand residential mansion in the heart of the city, it was known as the Palacete Marcet and was the home of the Planas family.

It was converted into a live theatre by Jose M. Padro and his son Juan Antonio, with the conversion work beginning in 1936, it opened on 2nd April 1941. The architect for the conversion was Rodriguez Lloveras and the seating capacity was for 1,246. The first perfomance was a choreographed spectacular in four parts which lasted for four days and celebrated the ending of the Spanish Civil War. It was equipped with lifts to take patrons up to the first floor.

Externally it hasn’t changed and is still an imposing building on a prime location in the heart of Barcelona. Internally it’s five screens have the latest technology.