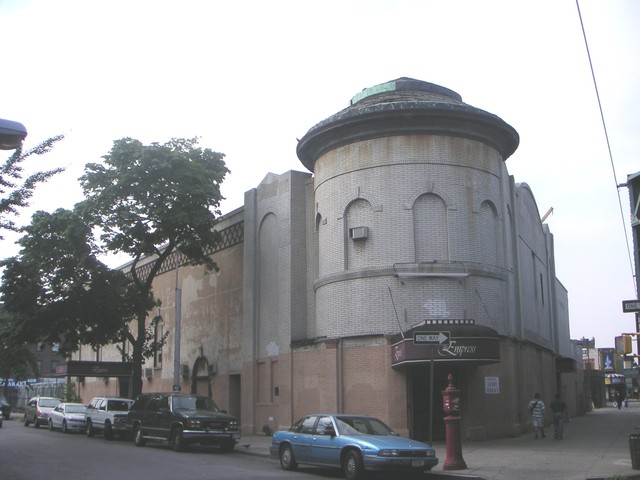 The West End Theatre was a small movie house which was opened prior to 1914. It showed silent movies. By October 1915 it was owned by The Unity Amusement Co. Inc. with Oscar Muller as President and Samuel Schwartz as Treasurer, and they turned around the fortunes of the theatre. In 1922 and 1923 it was owned by Hyman Britwar.

In recent years it has been in use as a banquet hall. When seen in 2015 it had been converted into a Jewish college, and the auditorium has been divided horizontally at balcony level to create two levels of study rooms.

The West End theatre was built on New Utrecht avenue when the West End train line was on street level. It was one of the earliest movie theatres built in the Borough Park section of Brooklyn

The photo from the Brooklyn Library was taken in 1918 after the “El"
was built on New Utrecht Avenue. The silent picture featured was Paramount’s "My Cousin”, a comedy starring Enrico Caruso.(Adolph Zukor had signed the famous operatic tenor to make three silent movies for his studio. Although Caruso couldn’t be heard, his movie debut was a success)

Unlike Pavarotti, whose only film in 1981 was a dud.