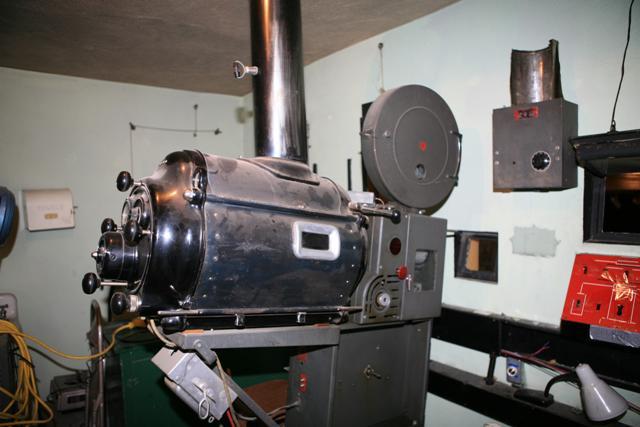 Opened in 1940 as the Empire Theatre. This Art Deco, 280 seat theatre showed its last movie in 1958. It has been used over the years to entertain the surrounding area with the “Slippery Gulch Days Celebration” for the City of Tekoa. In 2000 a restoration was started on the Empire Theatre and today it is used as a Performing Arts Center.

Must be a bad link, “Page cannot be displayed”.

I operated this theatre as a cinema for about a year in 1971. Tekoa was a farm town of about 500 population, in Washington’s “Inland Empire” area. The theatre had been closed by its builder, Rex Hevel, in 1958. His widow kept it clean and in good condition for all those years. We had quite a bit of a challenge to get the Century projection booth (installed by Western Theatre Supply of Spokane) going again after nearly 15 years of disuse. I lived in the unfinished suite upstairs. There was no bath facility, so I paid 25 cents to take a bath occasionally at the local hotel.

The theatre had been used one week a year for the summer festival “Slippery Gulch Days” for some time prior to my renting it, and has been used for that since. It is quite a cute little theatre (350 seats when I ran it), with all the original painting and detail still intact in 1971. The auditorium ceiling had nice graphics painted on it, and the blue damask acoustic panels were quite pretty on the walls. Nice decorative light fixtures, too.

After I closed the theatre, the Century equipment was sold to Hector Ross in Calgary and was installed in the Canfilm Screening Room there. Original equipment at the Empire was something else, probably Simplex with incandescent lamps, moved from the old theatre in Tekoa (also operated by Hevel). The Century stuff was put in after the war. I understand that Devry equipment has been put in after that by the Community.

The same architect also designed the Garland in Spokane, Washington; the Rena in Kellogg, Idaho, the Wilma in Coeur d'Alene Idaho, the Bungalo in St. Maries Idaho, among others.

So they still run an occasional movie?

I don’t know. It is possible, but I am not sure. I have no idea who installed the Devry equipment or whether it is currently operational.

Bjarne Moe was the architect of the Tekoa Empire Theatre. The April 20, 1940, issue of Boxoffice Magazine had this to say in its item about visitors to film row in Seattle the previous week: “Bjarne Moe back from Tekoa where he was awarded contracts for the new theatre to be built by Rex Havel.”

The is a Empire Theatre listed in the 1916 Polk City Directory. Were there two Empires or was the one opened prior to 1940?