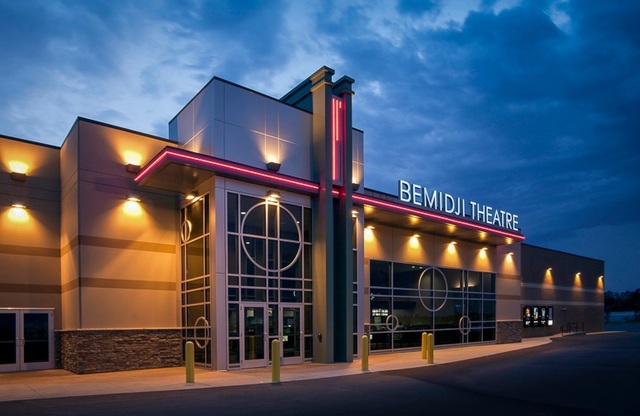 Originally opened as the Amigo Twin Theatre on October 12, 1973, it has been expanded over the years, later the Amigo 7, it became the Amigo 9, a nine screen theatre that has stadium seating in two of its theatres. This theatre shows first run movies, with matinees on weekends. It is operated by CEC Theatres.

In 2009, it is known as the Bemidji Theatre and has another screen added.

The Amigo actually started out as the Amigo Twin, in approximately the mid- to late-1970s, I think. It was subsequently expanded in phases, first to a triplex, then to a five-plex, then to 7 and 9 screens as listed above. (I could be slightly wrong on the exact details, which I am repeating from memory.) For many years, adjacent to the Amigo theater was a drive-in called the Cisco; the projection/concessions building was still there as recently as a few years ago. I went to high school in Bemidji in the late-1980s, when the Amigo had five screens. I’m eager to see the newly remodeled theater.

I worked for the Bemidji Theatres back when I went to high school at the original high school . From 1970 to about 1974 . I ran the 35 MM projectors at both the Cisco and at the Bronco Theatre . I started out as yard boy and worked inside , they trained me for the projectors . Just going by memory myself , I think the Amigo Twin was built around 1973 ? I’m not too sure on that . After high school , I went to Vo Teck in Wadena and worked some weekends at the Amigo Twin . At that time , side 1 was totally a person running the projectors , side 2 however was totally automated . That was kinda neat ! The projectionest just kept an eye on it while running side 1 . I miss those days !