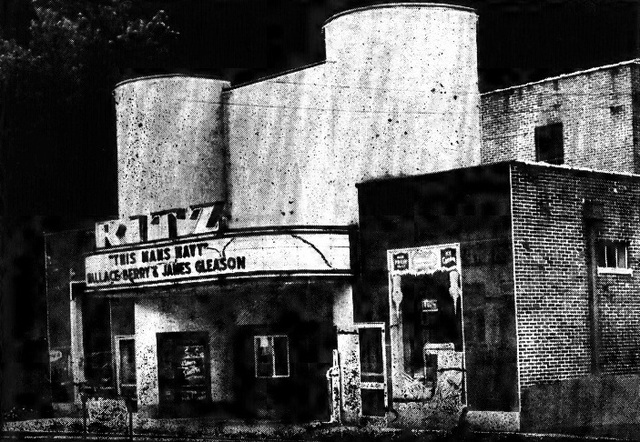 This web page (which I believe you need a Google account to see) says that the Ritz Theatre was twinned. This was probably done around 1970, when the building was remodeled, losing its sleek, Streamline Modern Vitrolite to a skin of that fake stone which was so popular during that architecturally challenged decade. The Ritz closed in 1982, a couple of years after the Quin Theaters opened in the East Sylva Shopping Center.

The page has a downloadable digital model of the Ritz which you can apparently print out, cut, and assemble. I haven’t bothered to do so as I don’t have a printer.

Here is a photo of the Ritz from September 3, 1942, with a group of Army recruits posing in front of it.