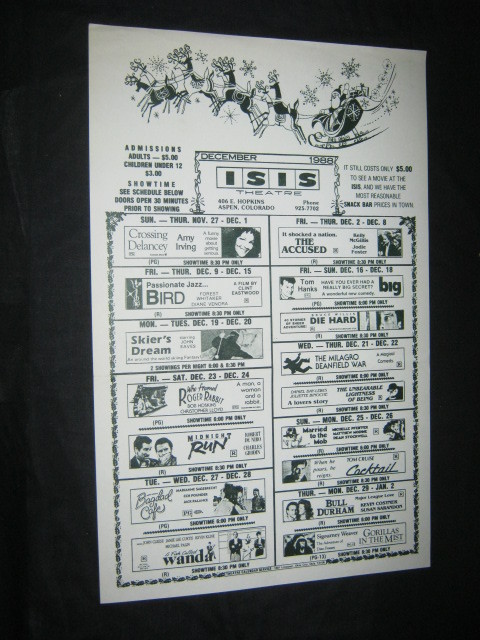 The Isis Theatre opened on September 20, 1915 with Freeman Barnes in “Officer 666”. It was originally operating with a seating capacity of 360. Along with silent films, variety shows, and minstrel shows the building also hosted church services every Sunday.

In 1999 it was remodeled and opened as a five screen theatre. The Isis Theatre is currently open and shows first run movies.

Thing is lostmemory, that was then, now it looks like they have added screens and possibly built them onto adjoining land? Is the original auditorium intact? Without a phone call to the current theatre operators we will never know! lol

The original auditorium was demolished and a new building was added containing the five screens. There are three larger screens on the ground floor, and three smaller houses in the basement. There is no original interior decor left from the single screen days. The lobby was completely gutted and rebuilt.

What a shame that they gutted and multiscreened it. The old Isis was a treat. If Aspen can’t save a historic theater, who can?

CHECK OUT PHOTOS I ADDED,

Here is Metropolitan Theatres' official Isis Theatre page. They are listing movies on only four screens, though.

This web page appears to be a sale listing for the building, though the information on it does not appear to be up-to-date. It has a few photos, as well as details about the building and its history. This page says that, as of 2001, there were five screens, and that the total seating capacity was 753. Perhaps one of the auditoriums has since been closed.

The original auditorium of the Isis was entirely demolished in 1998. Only the facade of the original building (which was erected in 1892 as a warehouse) is still standing.

Seated 360 according to Film Daily Yearbook of 1942. Also listed as closed that year.

Opening night was September 20, 1915, per the front page of The Aspen Democrat Times Issue. Image with description added to gallery.

5 images in below link.