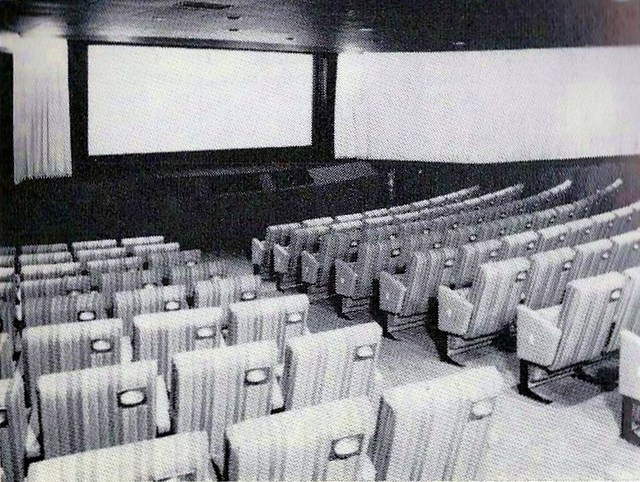 Opened as Oscar 2 & 3 Cinemas on 21st June 1973 with a charity premier in both screens of “Save the Tiger” starring Jack Lemmon, who made a personal attendance and ‘cut the tape’ to declare the cinemas open. The cinemas were created out of former retail use and had one screen in the basement(156 seats) and the other at street level (142 seats). The architect was Dennis Birch.

The cinemas were re-named Focus 2 & 3 from 11th April 1974 and began screening seasons of classic Hollywood movies, but this venture failed and the owners G & W Walker Group leased them out from 1st July 1974 and they were re-named Astral 1 & 2 on 27th January 1975 and began screening double bills of soft core sex films. They were closed for many months in 1976 due to a fire, and again in late-January 1980 when the entrance became an amusement arcade.

By 1985, Astral 1 & 2 Cinemas had re-opened again with the same soft core sex policy as before and this continued for many years.

However being located in the heart of Soho (London’s main sex and red light area for many decades), the area began to change in the early-1990’s and it fast became the ‘gay village’ for London. The Astral Cinema began screening hardcore straight sex movies in one screen and hardcore gay sex movies in the other. In 2004 they closed down and now the street level cinema has been converted into ‘Prowler’ a gay book shop, the basement is now a gay nightclub called the ‘Shadow Lounge’.

A vintage photograph of the Astral Cinema in June 1985:
View link

The exterior, with customer looking in, taken in December 1987 shows quite a change from Ken’s 1985 link.