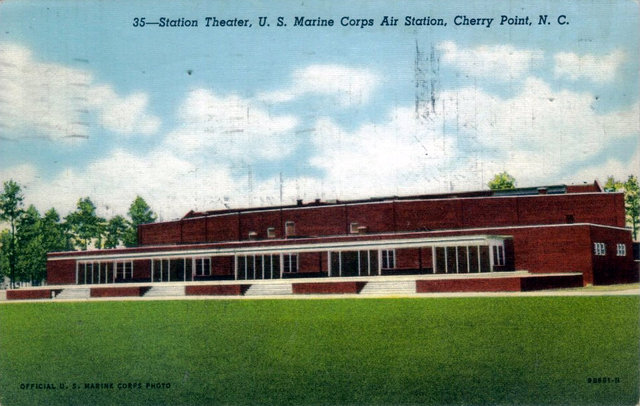 The Station Theater located in Building 194 is the base movie theater at Roosevelt Boulevard and 2nd Avenue in the Cherry Point Marine Corps Air Station north of Havelock, NC.