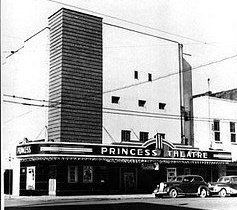 There were two Princess theatres. The first was located on Church Street and the second on College. This site states it was on Martin which is not correct?

The Princess Theatre, Murfreesboro built in 1937 to replace the old Princess that opened in 1919 on the east side of the square. Closed February 02, 1972 and torn down to build Cavalry Bank. It had 539 seats on the floor and a smoking Loge(balcony), general admission balcony, and black only balcony. When it opened it did not have a concession stand and a very small lobby. Admission in 1958 was 10 cents for children, 35 cents adult, 5 cents colored child, 15 cents colored adult. Saturday RC matinees cost 6 RC bottlecaps. 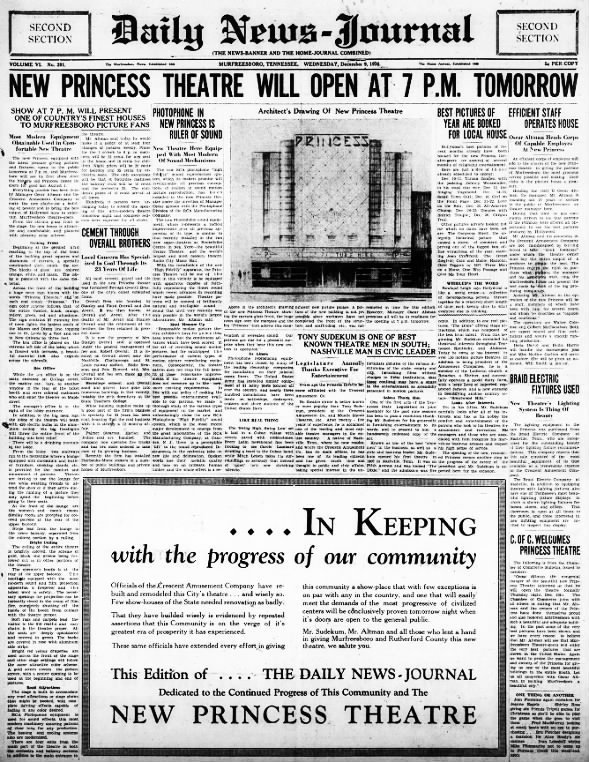 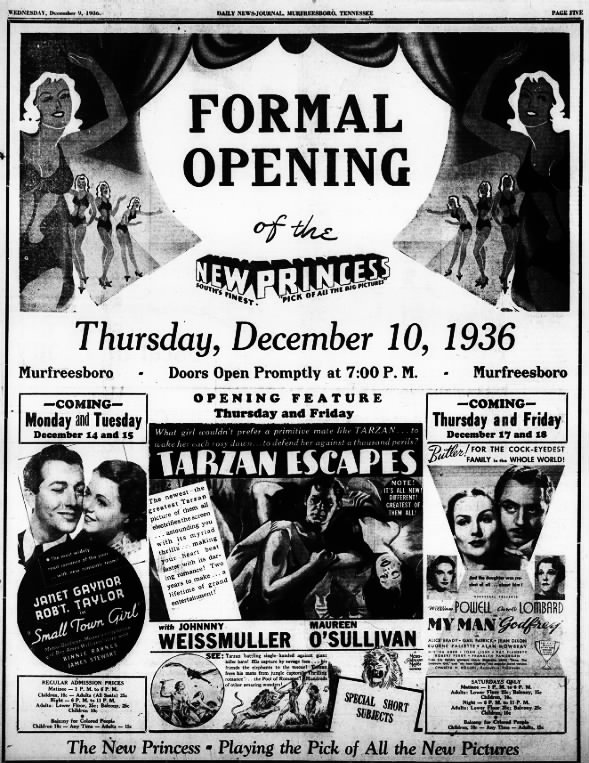 The Daily News-Journal of May 5, 2013, had a history of this theater. The original address of Murfreesboro’s second Princess Theatre was 132 W. College Street, though the Pinnacle Bank building on the site today (the northeast corner of College and Maple Street) uses the address 114 W. College. The house was built in 1902 as Fox’s Opera House, part of the Sam Davis Building. Later it was called the Sam Davis Opera House.

In 1923, Tony Sudekum’s Crescent Amusement Company bought the opera house and had it extensively renovated, with plans by the company’s usual architects of the period, Marr & Holman. The old theater was showing its age by 1936, and Crescent closed it for the better part of the year and had the building gutted and almost completely rebuilt, reopening as the New Princess late that year. Although I’ve found no documentation, it is likely that Marr & Holman designed this rebuild as well.