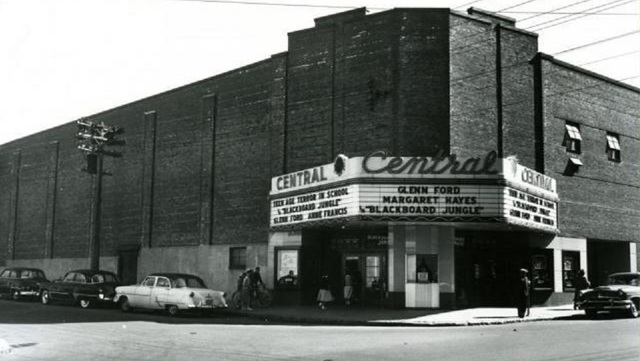 The Central Theater was opened on September 18, 1916 It was closed around 1970-1971. This former theater is now the Biddeford Police Station.

This web page has considerable information about Biddeford’s Central Theatre. It was opened on September 18, 1916, and was originally operated by Maine Theatres and later by Paramount. There were 1,192 seats at opening, but 42 were in boxes. Boxes were usually closed when theaters converted entirely to movies.

The opening date and the nae of the original operators indicates that this was the house mentioned in the March 11, 1916, issue of The American Contractor:

Jackson & Solomonson also designed other houses for Maine Theatres during this period, including the Star Theatre in Westbrook.

The Theatre Historical Society archive has the MGM Theatre Report for the Central; it’s Card # 343. Address is 39 Alfred St. There is an exterior photo dated April 1941. Condition is Fair. The report says that the theater is over 15 years old and was showing MGM films. There were 647 main floor seats, 413 balcony seats and 40 seats in the loges, total 1,100. A competing theater was the Opera House (for which no report was made). The 1940 population was 19,700.