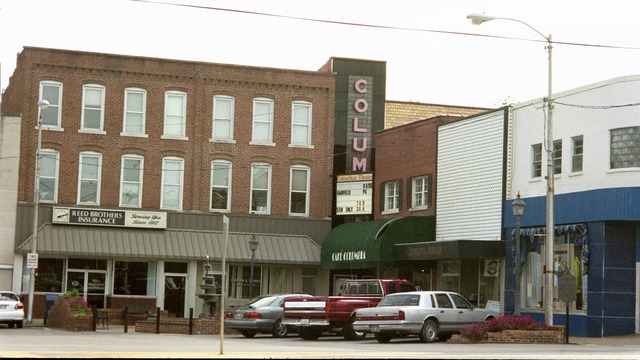 I vaguely remember seeing one of the Clint Eastwood/orangutan movies in Columbia, KY– perhaps this is the place. The Columbian Theatre was closed in late-2009.

“The Red Menace” is funny now, almost sixty years later, due to its Red-baiting melodramatics, but it was taken quite seriously in its day. This is from Boxoffice magazine, May 1950:

According to Mrs. Clyde Marshall, co-owner of the Columbian, Columbia, “The Red Menace” in its two-day run at the theater played to far better than average grosses. Responsible for the large attendance at the showings in large part was the local VFW post, which sponsored the program and shared in the receipts.