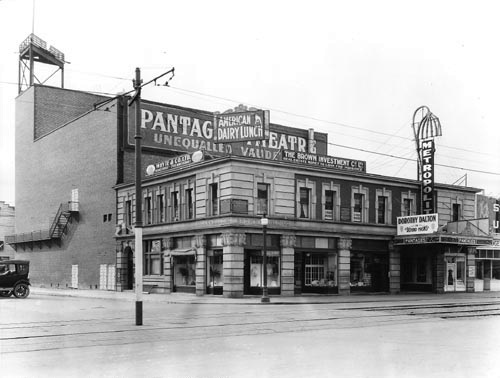 Opened as the Pantages Theatre, on May 12th, 1913, this theatre was for its first several years a vaudeville house. Designed by the then 22 year old architect B. Marcus Priteca, in association with Edmonton architect Edward Collis Hopkins (who designed the restrained, two-story classical business building in front of the theatre to support an additional thirteen floors which were never built), it was the most lavish theatre yet opened in the Canadian north.

In 1921, the name was changed to the Metropolitan Theatre, and it became a movie house. Closed briefly at the beginning of the depression, it re-opened on September 4, 1931 as the Strand Theatre, and remained one of Edmonton’s leading downtown cinemas for decades thereafter.

Despite having been declared an historic site by the Province of Alberta in 1976, the Strand Theatre was closed on December 30, 1978 with Elliott Gould in “The Silent Partner”. In 1979 it was demolished to make way for a massive office building.

Reopened as Strand on September 4th, 1931 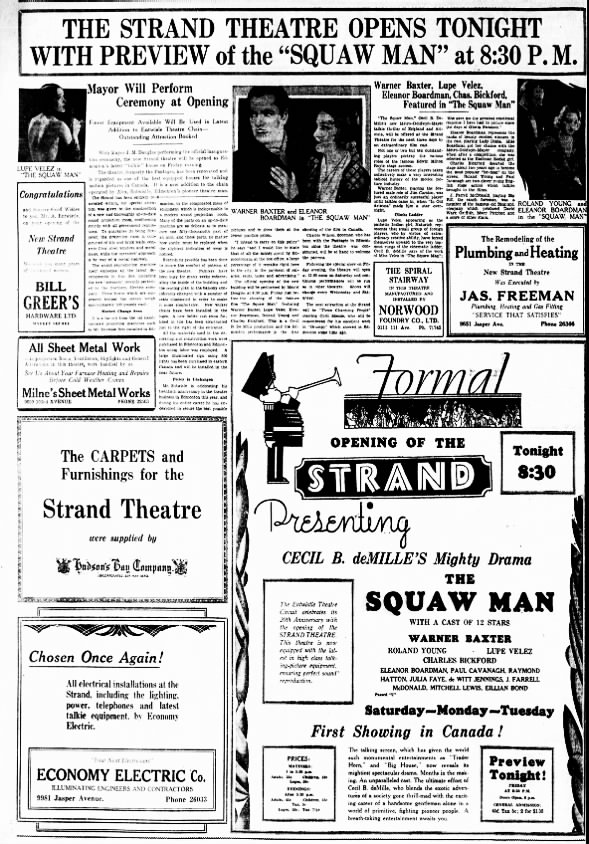 This web page has a few photos of the Pantages, including two of the interior, which displayed many of the design characteristics that Priteca called the “Pantages Greek” style which he would use on later Pantages houses well into the 1920s. 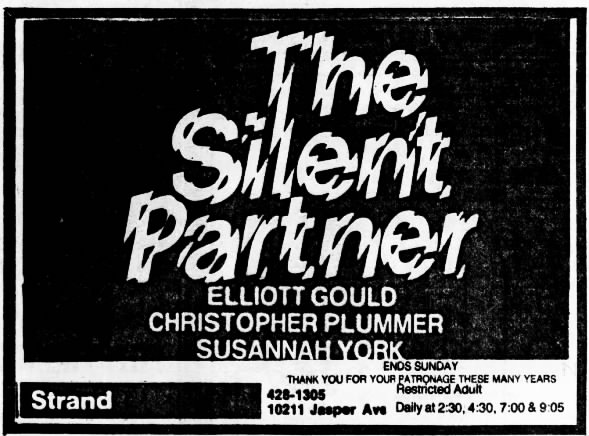 Based on Mike Rivest’s post above, the above ad for the Strand indicates that it was part of Famous Players in its later years.