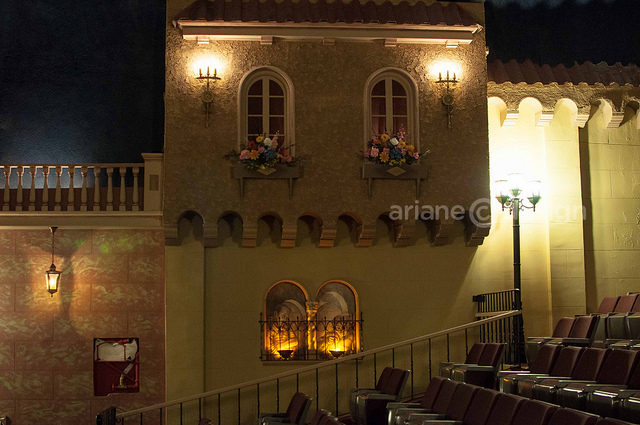 The Roxy Theatre opened on 28th August 1930 with Ted Lewis in “Is Everybody Happy?”. It was closed as the Towne Cinema on July 20, 1995 with Bruce Willis in “Die Hard:With a Vengeance”.

It was re-opened after a restoration in the fall of 2005. A second screen has been added to the building, but this doesn’t interfere with the original auditorium space.

Kind of a neat article in the local Saskatoon website about the Roxy. Sounds like a place worth visiting.

Pictures I took of Roxy in September of ‘09—>
http://www.flickr.com/photos/azzaelea/tags/roxy/

Thanks for the pictures. Playing May 1 1967 is “A COVENANT WITH DEATH”.

Architect Max Blankstein’s middle initial was not E. His middle name was Zev. This page from the Biographical Dictionary of Architects in Canada has a list of some of Blankstein’s designs, and it includes the Roxy. Blankstein’s office was in Winnipeg, quite some distance from Saskatoon.

I’ve found only a couple of period references to F. F. LeMaistre; one from 1915 listing him as a draftsman and one from 1939 listing him as an architect with offices at 112 Bryce Street in Winnipeg. I’ve been unable to discover anything about LeMaistre’s role in the Roxy project. However, I do see considerable resemblance between the Roxy and the Palace Theatre in Winnipeg, built in 1912 and expanded and remodeled in 1927-28, with Max Blankstein being both the original architect and the architect for the remodeling.

1930 and 1980 grand opening ads as Roxy and Towne in the photo section for this theatre.

Nice theatre, rough part of town. Originally a single screen, they added a second during the Towne Cinema era. Originally they were called the Red and Blue theatres. In the 1970s they regularly showed matinees of The Man Called Flintstone, Hey There it’s Yogi Bear and Godzilla movies.

Became part of the Odeon-Morton chain on April 7th, 1965. 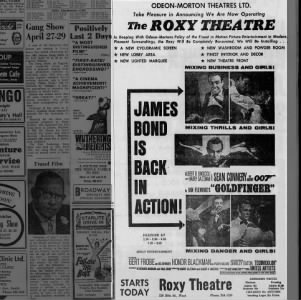 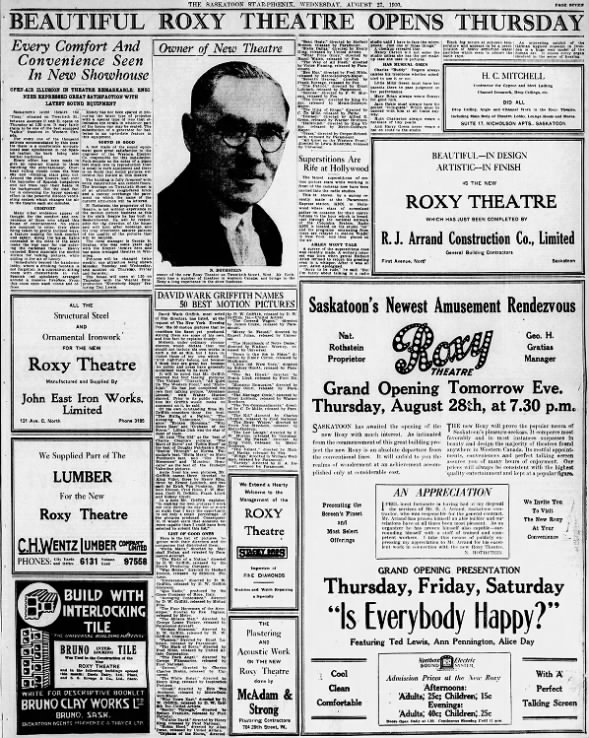