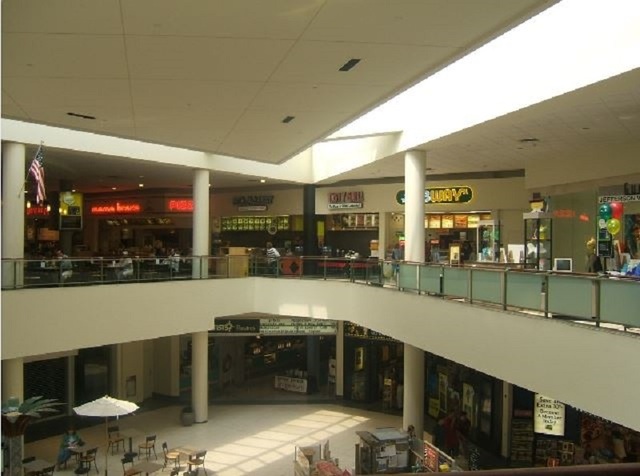 Opened on April 18, 1986 the 7-screen Movies was operated by United Artists. Later taken over by Regal Entertainment. The Movies at Jefferson Valley is located inside the Jefferson Valley Mall, and became part of the independent Trademark Cinemas chain. It was closed on November 28, 2010.

Interesting; this is the second current or former Trademark location to close in as many weeks. The other was in Rhode Island. I wonder if Trademark is in financial difficulty or if it just wants to concentrate on its holdings closer to its home base in Coral Gables, FL.

You would think someone could have kept it open.Seems from the stories the community considered it a positive spot.Regal closed a beautiful 12 plex here in Augusta.It all about money I know.

According to this article, the mall’s management would not extend to Trademark a long term lease and is looking for another operator for the theater: View link

While not clarifying reasons for the theater’s closing once again, the LoHud article does shed light on the theater’s opening, saying, “The theater was not an original tenant at the 27-year-old mall, but it opened after just a few years. It was one of Yorktown’s two movie theaters until the Triangle Theater in Yorktown Heights closed in 1989.” That would confirm shoeshoe’s post above saying it opened in 1986.

BTW, the “Yorktown’s only theater” thing is a bit overblown, since the Cortlandt Town Center, while not in Yorktown, is only four miles away on Route 6.

Sorry to have to report that this theater is or soon will be no more (even though it closed a few years ago, it was still hidden behind panels). The mall got a permit to do a deconstruction of the theater space. At a public hearing to get approval to add some space and renovate the mall (finally), it was announced that they have a tenant for the theater space, but did not say who. The mall has really gone downhill since the movie theater closed, although the case could be made that it was already in the slide while the movie theater was open. The Cortlandt Town Center theater (mentioned above) is a new stadium style and much nicer.

I grew up in nearby Putnam Valley in the 80s to the mid-90s so my parents and I would come to the mall often. I remember seeing “Masters of the Universe”, “JFK” and “Sgt. Bilko” here before we moved to Atlanta, GA in the summer of 1996. I was sad to read that the mall theater I remember fondly is now gone since 2010. 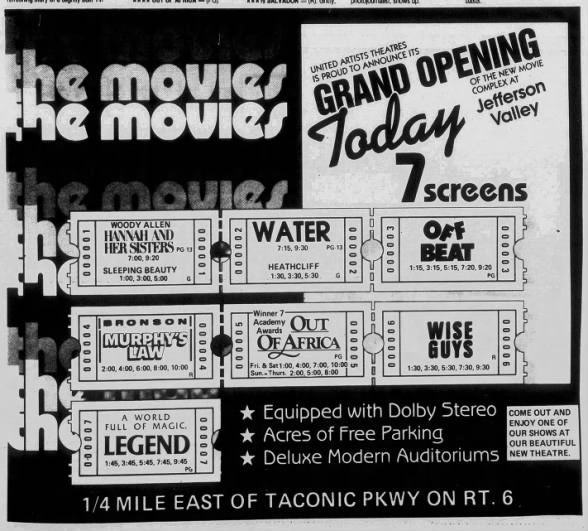