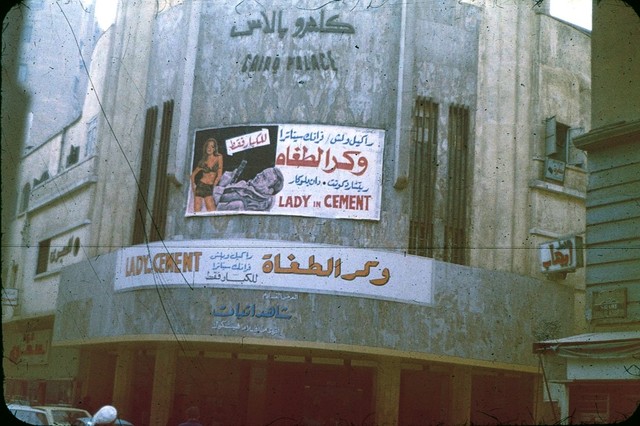 An Art Deco style cinema that is located in downtown Cairo in the theatre district. The Cairo Palace Cinema was opened on 6th May 1945 with Betty Grable in “Pin Up Girl”. It was for many years the exclusive home to first-run 20th Century Fox films in Cairo and their first CinemaScope film “The Robe” played here. It was an air conditioned cinema.

In 2006, it could be now closed, as it isn’t listed on current Cairo theatre listings.

Here is a vintage photograph from the collection of Cinema Theatre Association member John Leach. He took the photo in 1982:
http://flickr.com/photos/kencta/536018981/