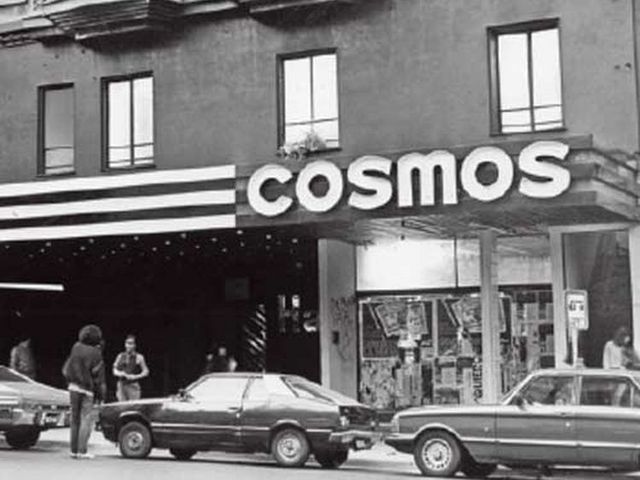 It re-opened as the Cine Cosmos in 1990 A popular Independent Arts cinema located in the centre of Buenos Aires. It is the host to several film festivals and has been one of the locations for the Annual Buenos Aires International Gay and Lesbian Film Festival which is held each November.

Closed in 1987, reoponed in 1990 just as pullman and microcinema. Closed and saled in 2006. Bought and reopened by University of Buenos Aires in 2009.

In 1955 the Cosmos became a mythical cinema of Buenos Aires when the place was acquired by Mr. Vainikoff to show exclusively soviet films. He had to fight against censors and dictatorships who disliked “communist propaganda”.

Under the “dirty war” Battleship Potemkin (Einsestein) was authorised just for one day exhibition although later was screened several times for almost 6.000 people.