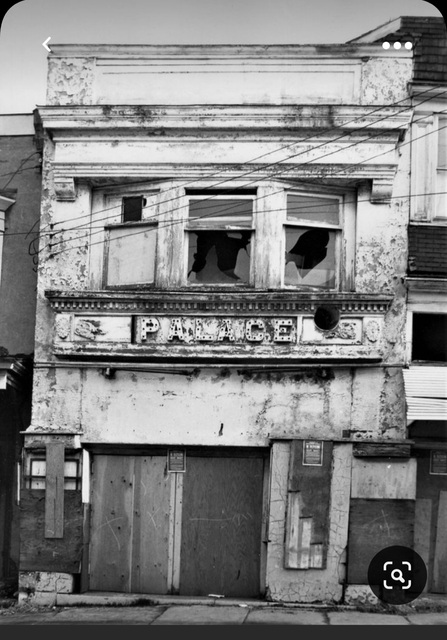 This one must have been gone for a long time. I lived in the W-B area from 1985-2004 and read about a lot of former theaters, but never heard of the Palace!

The Palace Theatre was demolished—I think—in the mid-late 60’s (maybe early 70’s). I dont recall ever seeing it @ all. As far back as I remember the Heights School & Insalaco’s market currently occupy the approximate site. The theatre was on the corner of Sherman & Market Streets; that portion of Market doesn’t even exist thought Sherman does. The palace was nicknamed the “Gick” no one seems to know why, by the kids in the area. It was a sort of run down come as you are place frequented by neighborhood kids in contrast to the Paramount & Cumerford theaters on the square; the former being the FM Kirby Center today. Anyway, the Gick at one point was owned by a guy named Pugliese who had his work cut out keeping the kids in line and tolerating their propensity to lock the Mens room from the outside. More often than not one could see make shift repairs to the door as a result of ripping it off the jam being the only way to gain access. Kids enjoyed working his nerves by rolling bottles down under the seats and goading: Pugliese like kids, who when able to remain anonymous, will. The teatre was fairly old, even in the 50’s, and I believe it was an early “Nickelodeon”— basically entertainment for a nickel. That section of Market street at one time was much more commercial then with stroe front buildings with apartments above. The neighborhoods were much more self contained because getting around could be a challenge. It was a time when the families up in Georgetown would walk to church non e corner of Northampton & Park—about a ½ mile away but up and down some steep hills. Now the area is mostly residential with a welfare office, or whatever it is or was, a pharmacy & a school. This was a sort of urban renewal as the area became a slummy section of the heights. I remember my Dad saying he remembered when servicemen were banned from going to that section of town during WW2; probably because of hookers and shady pass times in general. The once commercial nature of the neighborhood probably sprung up due to the brewery, 2 blocks down from the Gick, and the fact that all commerce came in by the rails @ the bottom of Market; evrything basically happened there. After the rail became less prominent the neighborhood went a little bit down hill but, the Heights, the area of town the Gick was in, wouldn’t be as commercially busy as it had been. After WW 2 Wilkes Barre began to decline as alot of cities had about that time. De-industrialising commenced slowly picking up more momentum over time. Cars became more inexpensive, gas was cheap and pretty soon the mall came in which was another nail in the coffin for downtown and these communities that serviced the neighborhoods started dying out. The area has not changed much in 40 years with the same bland powdery white aluminum siding bent around everything. The difference now is that there’s more rentals than there were in the 70’s. But that’s the story with the Palace Theatre. It was there in a different lifetime. Alas, Time, the great equalizer.

Does anyone remember if the Gick was owened by Zima’s before the 50s.

So, The Palace was nicknamed The Gick. It’s an slang word used by early Irish immigrants that means ‘Mooshy Poop.“ So you can imagine what the locals may have thought of the establishment.