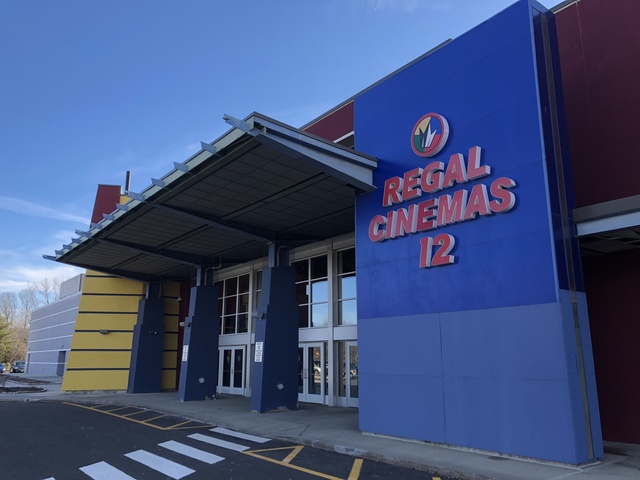 Standard multiplex theater with stadium seating. The picture and sound were fine, though there was some noise leaking through the wall from the screen next door. I showed up early and was punished with 15 min. of commercials. Also, previews began at the published screening time, not the film itself. So, if I go back there, I’ll aim for being a little bit late.

Please update, closed as of January 2, 2022 The Regal Branford is headed for the last picture show, slated to close on Sunday, employees of the East Main Street multiplex theater told Hearst Connecticut Media on Tuesday. Samantha Bruneau, who has worked at the theater for five years, called the closure “pretty sad.” “Since the pandemic we’re just not where we used to be with the numbers,” Bruneau said as she worked as a ticket taker on Tuesday afternoon. “We were always very busy up until this point.” The theater’s manager declined to comment on how many people would be losing their jobs as a result of the closure. He referred all questions to Regal’s U.S. headquarters in Knoxville, Tenn., where multiple phone calls made by Hearst Connecticut Media seeking comment went unanswered. The 12-screen theater opened in 1998 as a Hoyt’s Cinema. It became a Regal theater when the Tennessee-based chain acquired Hoyt’s, which was owned by an Austrlian-based company, in March 2003.

How sad. I have been to this theater twice and it was very well run and maintained