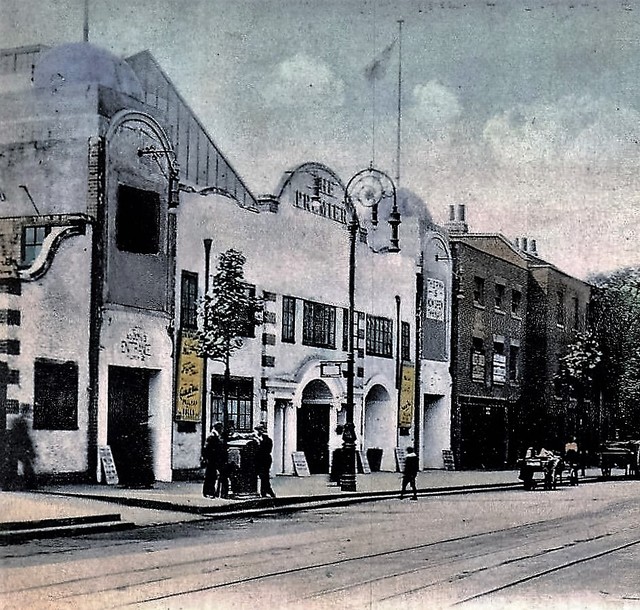 Located in the east London inner city district of Clapton on Lower Clapron Road near Goulton Road. Opened on 11th December 1909 as the Clapton Premier Skating Rink, it unfortunately opened just as the craze for roller skating was in decline. It was designed by the architectural firm Fair, Myer & Marshall. It briefly became the Palais de Danse dance hall until Premier Ice Rinks took it over later in 1910 and converted it into an ice rink which again didn’t last long.

In April 1911 it was sold to Metropolitan Theatres Ltd. who employed architect Edward A. Stone of the architectural firm Norfolk & Prior to fit-out the building as a cinema. It opened on 2nd July 1911 as the Clapton Rink Cinema seating 2,000 with a mixed use of cinema and variety acts. In 1923 it was being operated by The Clapton Playhouse Ltd, and in March 1928 it was purchased by General Theatres Corporation, who a month later in April 1928 were taken over by Gaumont British Theatres.

A RCA sound system was installed in the Rink Cinema and the Gaumont company kept a policy of cine-variety running for a few years. It was closed when German bombs badly damaged the cinema in August/September 1942 and it was deemed irreparable. It never re-opened and the remains were finally demolished in 1950. The site was sold and a petrol filling station/garage was built, which still operates today.