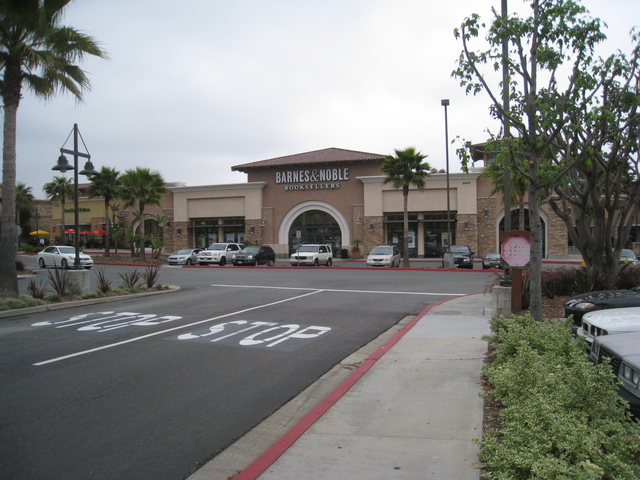 This theater was also known as the Mann Oceanside 8. It closed in February 2000. The seats reportedly were sold to Oceanside’s Sunshine Brooks theater. A Barnes and Noble store sits on the spot of the demolished theater.

I’m looking for a photo of this theater. If anyone has one, please contact me!

Eight new motion picture theaters will open today in Oceanside. The new theaters, named El Camino 8, are operated by Mann Theaters, operators of the world-famous Chinese Theater in Hollywood. Mann El Camino is part of an expansion plan set up by company president Ted Mann several years ago that has opened more than 130 new screens. The El Camino is part of this master plan.

I remember this theater from when I was a kid. In fact I believe I saw Titantic there with my mom, my brother and my grandma. It was part of the Carosel Shopping Center in Oceanside.

I remember seeing “Raiders of the Lost Ark” with my dad (may he rest in peace) for the very first time ever at this theater in July 1981. We were visiting my grandparents in Vista (may they also rest in peace) for a week; during the middle of that week we went on the Universal Studios Hollywood Tour, and I believe they showed a snippet of “Raiders,” which talked about special effects in the movies. The next day my dad and I went to see “Raiders” at this theater. Every time I see “Raiders” now, I always think of when my dad and I first saw it in California.

Pity it wasn’t shown in 70mm and Dolby Stereo at the Oceanside 8; that was remedied, however, when I got back home to Illinois (my family and I were then living in the Chicago suburb of Glenwood) and I saw “Raiders” three more times at the River Oaks Theaters in Calumet City (which I understand has since been closed and more recently demolished – shame).