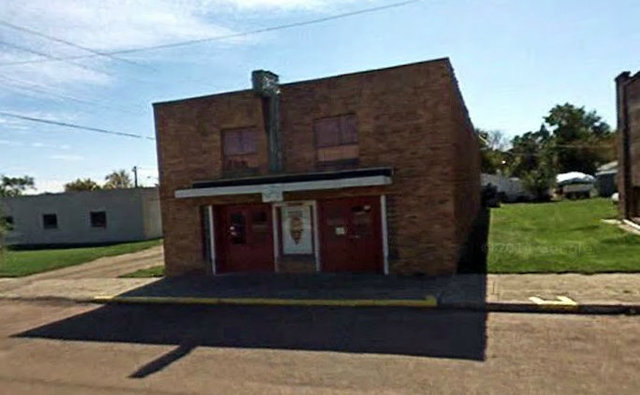 The Lyric Theater in Faulkton, South Dakota opened in 1950. It is still listed as open today. The address given for this theater will not map but it is the only address that I have found for it on more than one website.

I would love to see your pictures of the Colonial Theatre in Hartford, CT when it was a Cinerama theatre!

Here is a link to the street view!

That was weird… try this link instead… http://tinyurl.com/LyricSD

(AP) Owners say the future of a central South Dakota movie theater is uncertain after lightning struck the facility.

A digital projector, server and some computer components were damaged last month at the Lyric Theatre in Faulkton.

Owner Dave Huss says he found an electrical surge through the theater equipment in April. He says a technician determined the damage to be the result of a lightning strike sending current through ground wires into the back end of the system.

The community movie theater reopening depends on the outcome of a $45,000 insurance claim.

Huss says the theater is a small operation. He says he’d be forced to close the theater if the damage isn’t covered by insurance. Huss' parents built the Lyric Theatre in 1950.