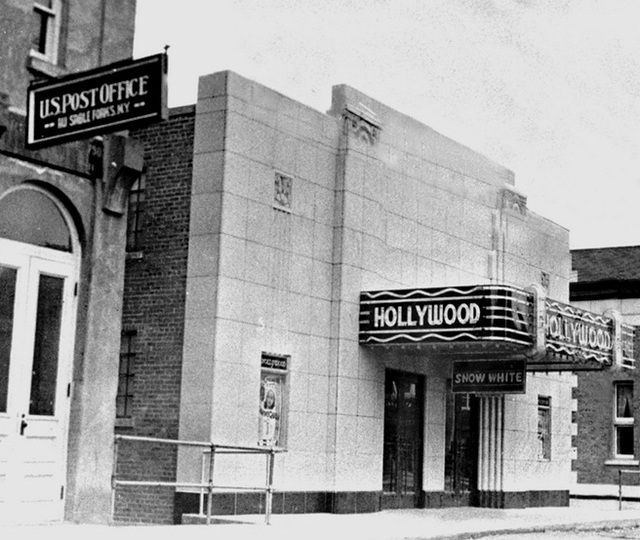 Closed by the early-1980’s, it was used for storage for many years. It was purchased in 2006 by new operators, and re-modeled into a twin screen cinema which is open seasonally.

The Hollywood Theater is located on Main Street (Route 9) in Jay, New York (name of the township), in the hamlet of AuSable Forks. Although not used as a theater in years, the facade recently received a makeover and restoration via a government grant. It was used for storage for many years, but was recently purchased by someone who works at the restored Palace Theater in nearby Lake Placid. I’ve heard that new plans for the building are to house some sort of entertainment center, if not for films.

Just passed this theater on the way to Ausable Chasm and it most definitely is open and showing films!