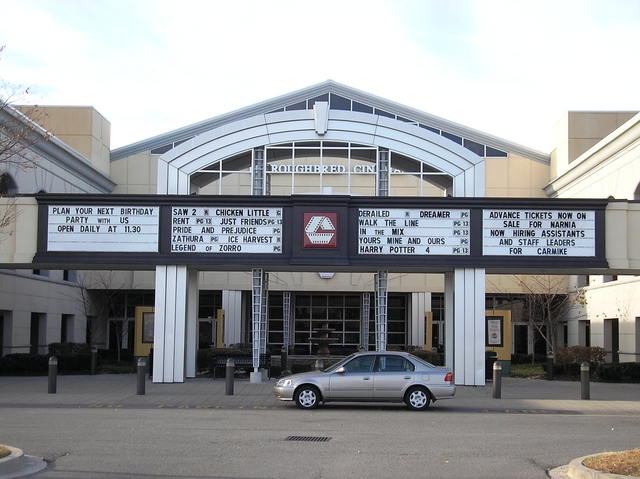 Opened on November 26, 1999, the Thoroughbred 20 is one of the finest multiplexes in Metro Nashville and the best Carmike theater in middle Tennessee. Four of the Thoroughbred’s twenty stadium seating auditoriums are equipped with giant screens and THX sound. The original opening seating capacity was 4,800.

Here are a couple of recent photos of the Thoroughbred.

Carmike ran this website at http://www.carmikethoroughbred.com for Star Trek.

also this: http://www.myspace.com/thoroughbred20
I think this is the flagship of Carmike Cinemas.

Carmike has installed one of its proprietary BigD large format screens in this theater; there’s a story here: View link and a picture of a BigD screen here: http://www.carmike.com/promotions.aspx?id=93

This theater installed an IMAX screen in Theater #15, whic opened in March 2014. The Big D screen is in Theater #6, for those who are wondering.

New seating capacities at this theater, following all of the renovations: