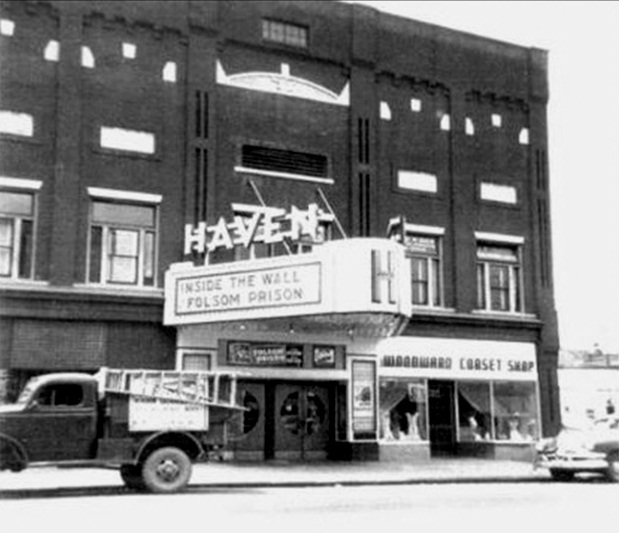 The Olean Opera House was opened February 15, 1882. It was gutted internally to build Haven’s Theatre, which was opened on January 15, 1914. In 1930 the Haven Theatre was taken over by Warner Bros. Circuit Management.

The Haven Theatre was demolished in 1959.

This Wurlitzer site shows Opus 566 in the Heavens Theatre so believe it should read Havens.

Technically, it’s the Haven Theatre. Though the original owner was J.H. Havens according to the newspaper, in 1920, it became the Haven Theatre under new management which it remained until closure. It was advertised as Havens Theatre Haven’s Theatre, and Havens' Theatre only from 1914-1920.

In October of 1914, it did simulcasts of the World Series with live announcers using Western Union telegrams that were about 15 seconds behind real time and utilizing a giant scoreboard. Those proved popular in the pre-broadcasting era. Under Warner operation, however, the theater hit its high water mark during World War II with a massive city-wide parade to celebrate Warner’s wartime feature of “In the Army Now.” But animosity between the Warner circuit and the local Palace Theatre erupted into a long-running court battle launched in 1946, waged in the courts beginning in 1948, and finally decided in 1955 — after the Paramount consent decree found Warner relinquishing its theaters.

BTW: The aforementioned Style D Wurlitzer Opus 566 was salvaged at the last minute prior to a 1959 demolition shuffling off to Buffalo’s Klauder Hall.

The Havens was sold by James Havens in May of 1920 to Nikitas D. Dipson of Batavia, NY and Marces James of Buffalo, NY. They took over control on June 1, 1920 and began a policy of continuous shows from 11:00AM to 11:00PM. They also took over the lease from Havens of the New Gem theater in Olean, NY and were in negotiations to purchase the Palace theater on North Union Street. http://www.archive.org/stream/motionpicturenew212unse#page/n1527/mode/2up/search/batavia

Olean Times Herald articles from 1949-50 mentioned Dean Emley as the Haven’s manager. Much later, he managed the Portville Drive-In when it opened in 1972.