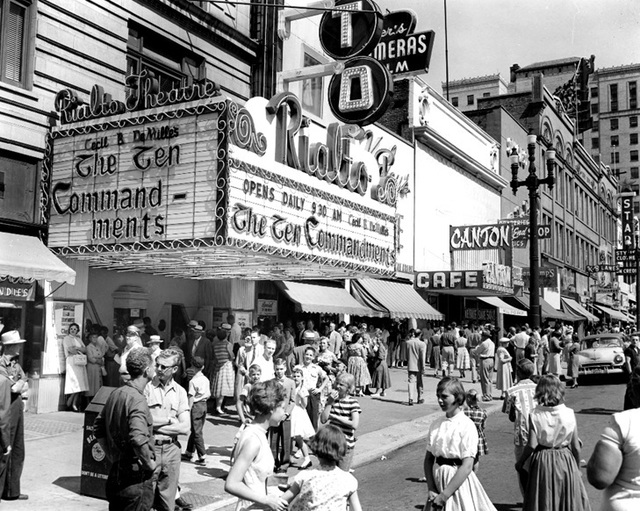 Originally called the Kinema Theater when it opened on Februstry 14, 1920. The theater was located in the Clift Building. It was renamed the Rialto Theater on June 18, 1927, and had 820 seats.

It was last operated as a cinema under the name of Midtown Trolley Theater from April 1, 1976, showing discount movies. The Trolley theater chain was taken over by Plitt, which later became Cineplex Odeon.

When it was called the Rialto Theatre it seated 820 people.

The second photo from the top is a night shot from the 1950s:
http://tinyurl.com/kjbk4h