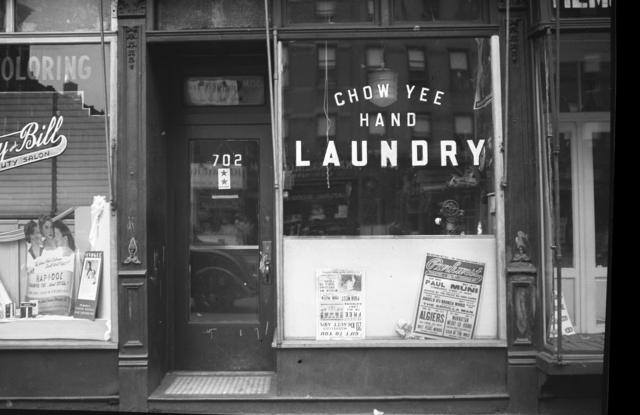 The Parkwest Theatre, which was located at the now non-existent intersection of W. 99th Street and Columbus Avenue, appears to have exhibited films at least as early as 1911 and at least as late as 1948.

By the late nineteen forties, this theater was in bad condition. I used to go there occasionally, with my cousin, to see old movies that were not shown in the upscaled theaters-the Riverside, Riviera, etc. Frank Bucks “Bring them Back Alive” and some old Clyde Beatty movies were some we remember. We used to call it “the Dump,” it had seen better days. Admission was 10 cents, whereas other theaters charged 25 cents.

Just east of Broadway on W. 99St between Amsterdam and Columbus where I grew up in the 1940s was the THE PARK WEST Theater, not mentioned on this website. My cousin Richard recalls that YOU GOT A GLASS OR DISH IF YOU WENT THERE and he ALSO BOUGHT DAY OLD PASTRIES ON COLUMBUS AVE BEFORE THE MOVIE [DAY OLD WERE MORE LIKE AWEEK OLD] THE FLOOR WAS STICKY AND IT SMELLED FROM URINE THE PEOPLE JUST WENT ON THE FLOOR.

My younger brother recalls that he remembered going there with either a slingshot or pea shooter and shoot at the characters on the screen. This was the days before TV.

My Grandparents owned a hand laundry located on 702 Amsterdam Ave. In the window is in an advertisement for the Parkwest Theater. After Googling the dates and name of the theater, This is the only site I found that acknowledges the theaters' existence. Since I found no photos of this theater, I decided to share my photo for the advertisement of it in the window

Thank you for this, Sam. It is a wonderful contribution!

It confirms the theatre name as one word.

SamDaman, I lived at 703 Amsterdam Avenue, after the corner restaurant and Candy Store next to it. Lupo’s Funeral Home was at the end of the block before the Beer Garden. If I remember correctly, the laundry was Chinese? The Parkwest was in bad shape and had seen better days. Thanks for the photo.

pepegot1, I’m not familiar with 703 Amsterdam as all of the buildings on the East side of Amsterdam btw 94-96st were demolished for 711 and 733 Amsterdam Ave. My Grandmother owned the Chow Yee hand laundry, and yes, it was Chinese. There were a few Chinese hand laundrys that she was involved with but she sold them all to raise us from the 70’s on. I remember going to all of them after school with her so she can check up on them. There was a Chinese hand laundry called Joe Sings at 210 West 94th St, btw Amst & Bway , Leonglie on 95th St btw Broadway and WEA (next to The Thalia). I am slowly going through and scanning my dad’s negatives. Lots of Upper West Side photos from the late 60’s

Hey SamDaman, please let us know if & where you upload the rest of your dad’s photos. I’d love to see old UWS pictures. Also, I take it from the movie titles in the ad that this photo is from around 1942?

jerryon103st, I too was a pea shooter in the Parkwest when I was a kid. Gosh! how that brings back memories. SamDaman, I remember during the war (WWll) seeing a soap sign saying to the effect that we are Chinese, not Japanese.