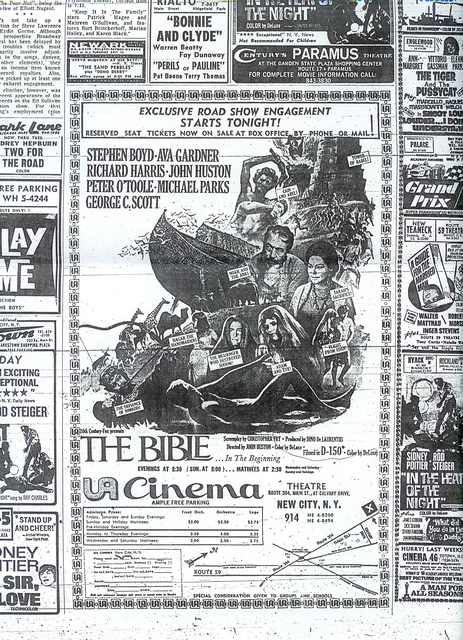 Notice how two live productions of “Half a Sixpence” were playing in the same area at the same time. Fans of the play and movie “The Boys in the Band” will recognize Kenneth Nelson in the Paper Mill ad – he played Michael in “Boys” and had the biggest role.

Hi gencin, I just saw your comment today. I’d love to see those photos if you have them and post them on the CinemaTour website if you granted permission. Please click on my name to find my email address and let me know.

WHEN DID THIS CLOSE?

Last show had to be no later than 1999 or 2000. I’m fairly certain it was STAR WARS: THE PHANTOM MENACE. I went to see that film on its run there and remember it closing shortly thereafter. I actually preferred this theater to Clearview’s Cinema 6 in New City—a not half-bad twinning job, and I remember the sound in particular was good at this venue. Nice location, too… the shopping center had LOTS of parking.

Yes Jack I agree with you about the twinning. I was the screen cleaner for Clearview at the time. Cinema 6 is a crackerbox. The 304 was a nice size decent theatre.

I saw “Creepshow” here (and got the poster from the manager once it finished its run, thank you!, which I still have), but I wonder if anyone knows if George Romero’s “Knightriders” also played here.

The main route to and from New City is Rt 304. The highway is east of the theater .