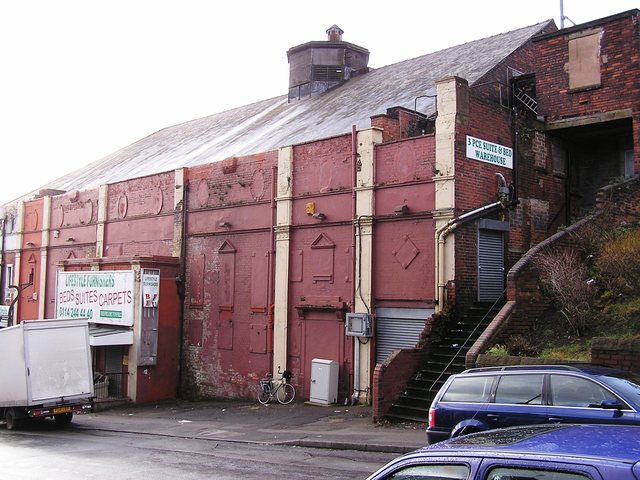 Opened as the Page Hall Cinema on 24th May 1920 it was located in the Pitsmoor/Page Hall district of the city (today known as Fir Vale). It also boasted a café which opened in August 1920 and later in February 1921 a billiards hall (pool hall) was added. In 1929 a ballroom was added to an area behind the screen and this had its own separate entrance.

The Page Hall Cinema had seating provided in stalls and balcony levels was operated by an Independent exhibitor. It was the last of Sheffield’s cinemas to go over to talkies, which was on 16th November 1931 when following the installation off a British Thomson-Houston(BTH) sound system the film “Old Soldiers Never Die” starring Leslie Fuller & “The Immortal Vagabond” (Der unsterbliche Lump) starring Liane were screened. In 1945 it was acquired by the Buxton Theatres Circuit and re-named Roxy Cinema from November 1945.

A year later in November 1946 the Roxy Cinema was taken over by Reiss Cinemas of Leeds. In November 1957 a new screen was installed but in January 1958 a fire broke out in an area under the screen and it was destroyed as well as damage done to the balcony area. The cinema was closed for repairs (the ballroom was undamaged and stayed open) and it re-opened in June 1958, screening its first CinemaScope film “The Bridge on the River Kwai”.

The end was near and the Roxy finally closed on 14th June 1959 with Frank Sinatra in “Johnny Concho” and Stirling Hayden in “The Killing”. The cinema became a bingo hall and the ballroom became a dance studio. In later years the building has been used as a carpet store and snooker club. In 1997 it was used as a location as the exterior of the main hall at the climax of the hit film “The Full Monty”. The building, known as Regency House, was in use as the Northern Bedding Company showroom, but stands unused in September 2020.

An exterior photograph of the former Page Hall/Roxy Cinema as vied in 2000 can be seen here:
View link

The location shown on the map is incorrect. It is at the south east end of the road, where Lifestyle Furniture & Carpets is shown.