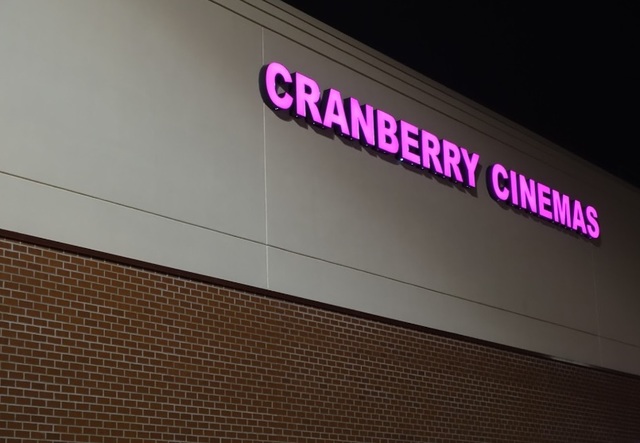 This theater is located in the lower level of the Cranberry Mall in Cranberry Township, Pennsylvania. It has eight screens and is located at a huge intersection. Routes 19, and 228 pass right by the large theater. Plus, Interstate 79 is close by, and the Pennsylvania Turnpike runs right behind it. There are more than 20,000 people that live in Cranberry Township, and if there is ever a popular movie out, the theater usually has a sellout crowd. The theater recently had a renovation done to its exterior when the entire mall was redesigned in 2005.

From what I heard, a new theater will be built somewhere next year aross from the Target.

The obituary of Squirrel Hill architect Edgar A. Kwalwasser in the August 6, 1998, issue of the Pittsburgh Post-Gazette said that he had designed theaters in six states, but only gives the names of three of them, one of which was the Cranberry Mall Cinemas. Kwalwasser established his practice in 1951 and retired only a few months before his death in 1998.