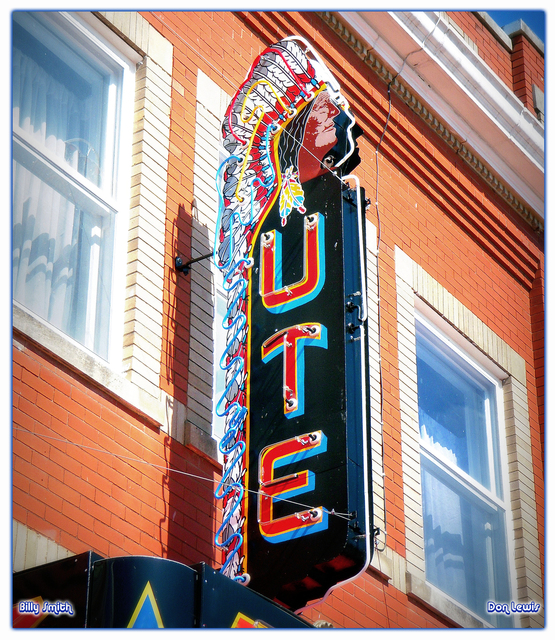 The Ute Theatre was opened in 1905. This theater is currently operated by a non-profit group who shows movies on Fridays, Saturdays, and Sundays.

From 2010 a view of the Ute’s unique and colorful sign Here and Here along with an image of the Ute Theater in Mankato.

“MANKATO, KAS. – When this town was faced with the closing of its one theatre, the Ute, businessmen formed a local corporation and bought it from Mrs. J. D. DeLong, whose husband died in 1938. Then the corporation leased it as of May 29 to Bruce Waugh and his wife. The Waughs, who had previously operated the house, will continue to operate it under the new ownership.” — Boxoffice, June 20, 1960