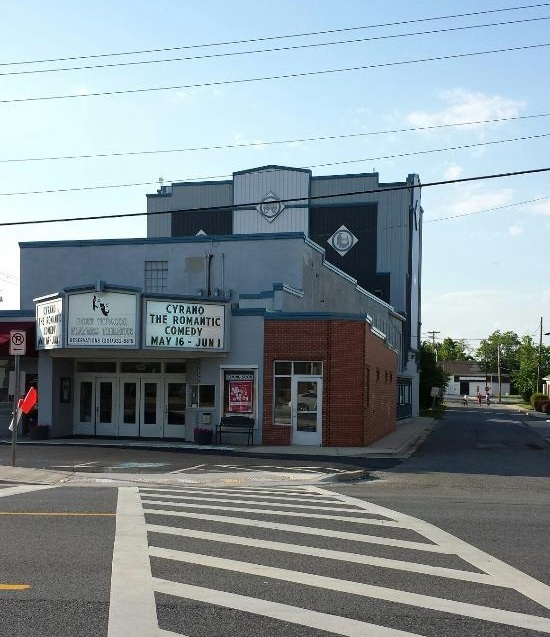 This group of artists from Port Tobacco and nearby La Plata set out to bring to the stage entertainment that would provide enough profit to continue their endeavor and provide for their cause. They spent the next twenty or so years performing in high school auditoriums, court rooms, village greens…wherever anyone wanted to see a play. Their efforts paid off and the court house was restored.

In 1974 they found a new home. An old 1940’s movie theater owned by a local pharmacist was the ideal spot to begin a new era. From those days, they evolved into what they are today: a cultural staple in Charles County’s historic landscape. Today they perform five to six shows on their main stage in downtown La Plata and countless road productions with their Encore and Encore Kids touring companies. The Port Tobacco Players are dedicated to continuing the tradition of providing quality theater to the citizens of Southern Maryland.

The Film Daily Yearbook;1950 edition gives a seating capacity of 446 for the Charles Theatre.