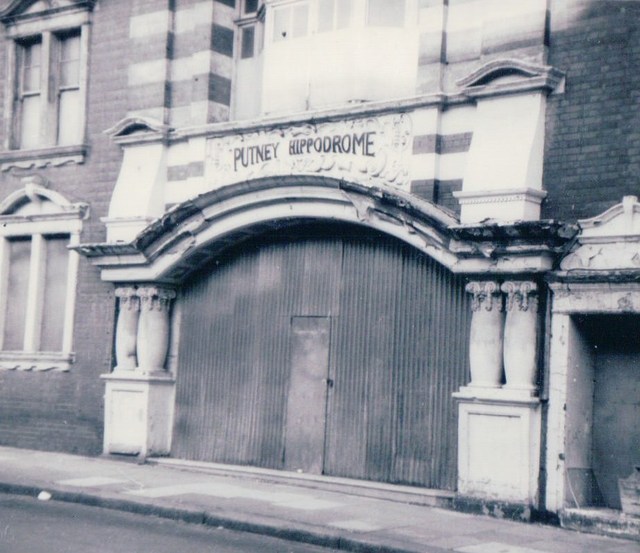 Located in the south-west London suburb of Putney, just off Putney High Street at the corner of Felsham Road and Weimar Street. Opened in 1906 as variety theatre, the architect was Frederick W. Hingston.

It was a typical Edwardian era theatre and seating was provided on three levels, orchestra stalls, dress circle and gallery. The capacity when it was a live theatre was for 117 in the front stalls, with 480 on benches in the pit at the rear, 403 in the dress circle and 625 in the gallery. There were also 4 side boxes that held a total of 16 persons which gave the theatre a total seating capacity of 1,641.

From May 1924 it began screening films when it was operated by the Clavering Circuit. It was taken over by United Picture Theatres (UPT) from January 1928. It came under the control of Gaumont British Cinemas from July 1930 when they had taken over UPT. Associated British Cinemas (ABC) took over briefly from July 1935 and then an independent operator took over in 1938.

It closed in December 1940 and was taken over by Odeon Theatres who re-opened it on 17th February 1941. It continued into the era of the Rank Organisation and was closed on 14th January 1961 with Jerry Lewis in “Cinderfella” and Ian Carmichael in “Lucky Jim”.

After sitting closed-up and unused for ten years it was brought back to life briefly by film director Douglas Hickox as a location for scenes in two of his films: “Sitting Target” (1972) starring Oliver Reed and Ian McShane playing two ex-convicts who go to the deserted theatre to retrieve cash stolen in a robbery. It is hidden on the stage which can be seen in this scene. But when they walk through the auditorium, it is certainly not the Putney Hippodrome auditorium as it is Art Deco styled, which the Hippodrome certainly was not (the auditorium shots were filmed at the Astoria/Odeon Old Kent Road).

Sadly this fine building was demolished in 1975 and housing was built on the site.

I worked there as a projectionist in 1944/5.
Can remember showing “Sun Valley Serenade” and “House on 92nd Street”

On the map it was much closer to the high street, there was an old brewery distribution centre knocked down too. I lived on Felsham Road.